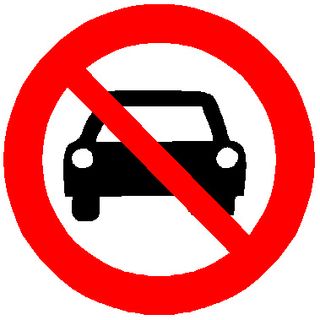 In a survey of 3,000 consumers born from 1981 to 2000 — a generation marketers call “millennials” … Not one car brand ranked in the top 10, lagging far behind companies like Google and Nike.

“As Young Lose Interest in Cars, G.M. Turns to MTV for Help”

I have been writing for some time now that millennial generatiin consumers are different than any generation of consumers before them.  For one thing, they don’t care about cars.

In my last posting, “General Motors, MTV and the drive to get more kids to drive,” I wrote about the end of the love affair between teens, young adults and cars.  In this posting, I want to look at what G.M. and MTV are trying to do about it.  A substantial part of the toy industry revolves around toy cars.  This is no small issue.  How the big car companies handle the issue will tell us a lot about the future of that segment of the business.

The New York Times article “As Young Lose Interest in Cars, G.M. Turns to MTV for Help:” tells us that General Motors is concerned enough to bring in MTV Scratch, a unit of the Viacom (which also owns MTV), to consult about connecting with millennial generation consumers.    “The strategy is to infuse General Motors with the same insights that made MTV reality shows like “Jersey Shore” and “Teen Mom” breakout hits.”

GM is making no small plans.  They and Motors and MTV Scratch plan to “…transform things as diverse as the milieu at the company’s steel-and-glass headquarters, the look of its Chevrolet cars, the dealership structure and the dashboard technology. Even the test drive is being reimagined, since young consumers find riding in a car with a stranger creepy…”

But how do you make such a massive cultural change in a company as old as GM?  It’s certainly not easy but GM got motivated after the company almost went under.

Is it going to work?  It looks like we won’t know for a while.  As the article puts it:  “Car designs have around a three-year lead time. The paint has to dry (colors are baked in the Arizona desert for a year

before they are approved and introduced to consumers). And the car industry, from assembly line to union to smooth-talking dealer, revolves around a powerful and entrenched culture.”

One idea that MTV is proposing is that “…salespeople abandon the hard sell and that the traditional system, based on commissions, be reimagined. Young buyers, they realized, are used to the Apple store, where salespeople do not push products.”

The Millenials are a whole new ball game.  Are you making changes to accommodate them?