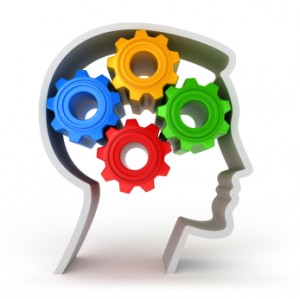 In my last posting, “Are Girls Smarter than Boys?” I pondered statistics from China and the United States that suggested that girls were smarter than boys.  After all, how do you account for so many more females than males attending and graduating from US colleges (57% female and 43% male) and for a major Chinese politician asking that standards for male students be lowered so they can compete with females?

I did some research on the subject and found that, despite the above, males and females score pretty much the same on IQ tests.   One article I found, “Gender Differences in IQ Smaller than Believed,” referred to a meta-study by researcher Adrian Furnham, a psychologist at the University of London.  His research showed “… that in all actuality, men and women are fairly equal in terms of IQ. … Men tend to score higher on spatial tests, and women score a bit higher in language development and emotional intelligence. Neither of these things seems to make for a real difference when it comes to intelligence and gender.”

Well, no, the funny thing is that Furnham’s studies show the exact opposite.  Here is how Furnham puts it:

There certainly is a greater male ego…Men are more confident about their IQ. These studies show that on average, women underestimate their IQ scores by about five points while men overestimate their own IQs. … The results were essentially the same whether women were from Argentina, America, Britain, Japan or Zimbabwe.”

So, what is going on?  Here is what I think is happening.  Is it possible that today’s females are like the children of newly arrived immigrants?  First generation Americans tend to excel in school because they have been held back in whatever country they came from.  Is it possible, that these females today are like those immigrants in that there access to the professions and even the boardrooms (though still powerfully underrepresented) causes them to simply work harder and take it all more seriously than those who might think they have an entitlement?

It’s great that girls are excelling but the world needs everyone to work hard and smart.  So what can we do about boys?  Do they need a kick start? Can we in the toy industry do something to help?  What do you think about all of this?