Last year there was some research that revealed that the average American has only 2.03 good friends despite having hundreds of “friends” on Facebook (see article HERE).  While I don’t know why they it felt necessary to include the .03, what I do know is that 2 is not a very big number.  What this research indicated was that our circle of good friends has been dwindling over the past decades despite the increased online connectivity.  Sure, we play Words With Friends with all sorts of “friends” online, but how many of these people would hang out at your home and play a board game?  Outside of designated “game nights” it can be hard for most adults to wrangle more than a player or two.

In gaming one may be the loneliest number, but two doesn’t feel much better.  Sure there are classics like chess and backgammon and a handful of great new games like City Square Off (Gamewright) that are intended for 2 players, but how many times have you and a friend played a game that said it was for 2 or more players and found the game was a dud?  There are many games that say “2-X players” but really what they mean is “it’s playable with 2 players, but you need at least 3 to really enjoy it.”

Most seasoned inventors know that 2 player versions of a game can greatly differ from the 3 or more player version of the same game. A great example is the classic card game UNO.  I’ve spent many happy hours playing UNO with family and friends, but most people know that it doesn’t play as well with 2 players.  Skips and Reverses have the same effect on play, and a player with a hand-full of non-number cards can win without much effort.  Whereas, if you have 3 or more players, Reverse and Skip cards no longer give the same result and can be strategically played.  And UNO is not the only one.  Through my experience as game reviewer, I’ve seen games where just about every 5th card is unusable with 2 players, where special rounds need to be omitted, and like UNO, specific portions of the game do not have the same effect on play as it would in a 3+ player game.  In all of these instances I end up recommending that people don’t play particular games unless they have a minimum of 3 players.  But if they don’t have the guidance of a reviewer, will they revisit the game with more players if they have a negative experience with 2? 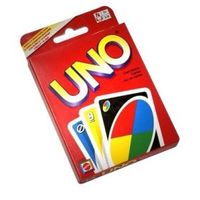 Now before I end up with a list of great 2 player games in the comments section below, I’d like to reiterate that I’m not saying that all 2-X games are guilty of having sub-par 2-player experiences.  I’m just saying that it’s surprisingly more common than one would think.  Which really makes me wonder why so many boxes say “2-X players” when it’s obvious that playing with 2 and not 3+ diminishes the quality of play.  I’m going to speculate that it’s more appealing to the consumer to know that they are going to buy a game that can be played with 2 players – although they will find out soon enough that just because they can, doesn’t mean they’ll want to.

Going back to the study that shows our average of 2.03 good friends and shrinking circle of friends, does this trend indicate that it’s time for game companies to revisit the playability of the 2-player versions of their “2 or more player” games?  Could more companies consider including alternative directions for more a satisfying 2-player experience?  Whatever the solution, I’d like to be able to say more often “It’s playable and enjoyable with 2 players just as much as it is with 3 or more!”