Now that the dust has cleared from Toy Fair, new products will begin racing toward store shelves, all with the hope of driving foot traffic into retail stores.

Speaking of racing, a new deal inked between NASCAR and Spin Master will likely pump some adrenaline into retail shelves during the upcoming spring and fall selling seasons. 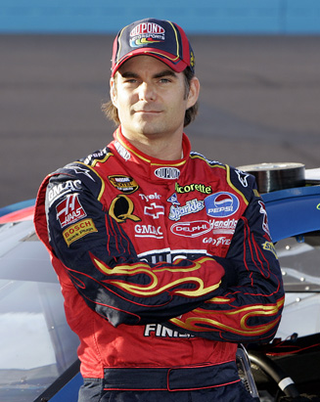 I was fortunate enough to sit down with NASCAR driver Jeff Gordon at Toy Fair to get the scoop on the new deal. The famed race car driver was there to rep NASCAR Team Properties which manages the intellectual property rights for NASCAR and participating teams in the key licensing categories of apparel, die-cast collectables, toys and track-side retail.

The goal of its new multi-year exclusive agreement with the first-time licensee is to maximize the brand's exposure with NASCAR enthusiasts, collectors and kids alike. It will also bring the brand back to the mass market in a big way thanks to Spin Master's clout with the retail channel. "The partnership between Spin Master and NASCAR has allowed NASCAR to tap into the core play patterns of the youth market through Spin Master’s leadership in toy innovation. Through this Spin Master has been able to bring the thrill and excitement of the racetrack back into mass market retailers,” said Harold Chizick, vice president of global communications and promotions Spin Master Ltd.

Come spring, Walmart will roll out a "Chase the Race" program with merchandise and products filling pallets in key race markets for the entire race season. Exposure is also planned via online e-commerce sites and specialty retailers nationwide.

Interestingly, the deal marks the first time that the drivers are working collaboratively and not promoting their own licensed product lines. The drivers are taking a proactive role in the launch both in the look and feel of the products as well as in key partnerships.

The challenge for the brand in some markets, notably the East Coast, is that consumers don't necessarily have the same affinity and die-hard devotion as those in the South.

This doesn't concern Gordon who feels that while kids may not know all the drivers, they know the sponsors such as M&Ms and McDonalds really well and that will catch their attention.

For those fortunate enough to attend a race firsthand, Gordon believes, "once they come to the race, smell the rubber and see those race cars zipping around the track at 200 miles per hour, they are hooked."

Personally, Gordon was hooked on racing at an early age using his Lincoln Logs not to construct a log cabin, but a racetrack for his beloved Hot Wheels cars.

"The best thing that we can do is draw kids into the brand early and hope to create lifelong NASCAR fans," he said.