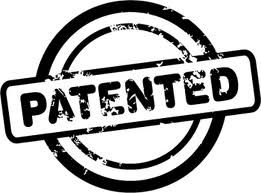 The toy industry is built upon intellectual property protections.  Let’s face it; no one is going to take the time and money to invent something new if they can lose the rights to what they created.  That is why it is important that everyone is aware of the most sweeping changes of patent laws in the last 50 years.

According to a New York Times article written by Eilene Zimmerman, “Business Owners Adjusting to Overhaul of Patent System,” the “America Invents Act” makes several key changes to existing patent law.  It will phase in over an 18 month period that will finalize in March of 2013.  Here are the three most important changes:

Before the "America Invents Act", patents generally went to the person who invented first. Starting next year, patents will be issued according to who files for the patent first.  This appears to have been a contentious change as it means inventors will need to spend more money and spend it earlier.  On the other hand, if you have patented an invention, you are now protected against someone coming along with drawings that show that they actually thought of your idea before you did.

For a fee of $4,800 (how exactly did they come up with that number?) an inventor can now, by using “Track One,”get a decision in 12 months. That certainly beats waiting in a queue that could last for up to four years just to get an initial ruling.

This new review process moves any challenge e to the patent from a court to a patent examiner.  Also, the challenge has to take place within nine months of the granting of the patent.  As the New York Times states “’If you have a big competitor creating a cloud over your product with a patent,’ said Mr. [John] Dragseth, the intellectual property lawyer, ‘this is a way to take care of that without spending millions on litigation.’”

Over all, this sounds like good news for inventors as it will speed things up and grant more protections.  What do you think about the law?