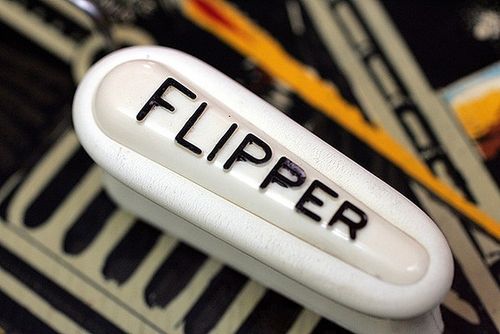 As those of you who read me know, I love mechanical games.  Whether it is Electric Football (I was fair), Stiga Hockey (I was fantastic) or Pinball (I was once called one of the worst flipper men in the world).  That comment was made early in my pinball career (I eventually became quite adept) but the comment must still sting as I thought of it when I read an obituary in today’s New York Times:  “Steve Kordek, a Pinball Innovator, Dies at 100.” 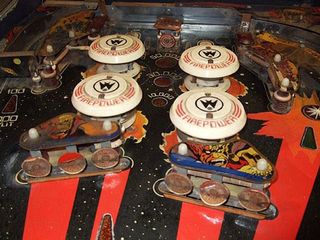 It seems that Kordek invented the double flipper, the element in pinball that makes it the great game it is.  Anyone who has played the game knows the feeling of letting the ball slide down the flipper until it almost rolls off the end when, BANG, you catch it just right and send it flying  into the bumpers and bells at the top of the table.  The shiny steel ball rapidly bangs back and forth; setting off a racket and making the scoreboard frantically roll your score higher and higher.  Everyone who has played also knows the feeling of just missing the ball and watching it plunk hopelessly out the bottom and out of play.

I had frankly never heard of Steve Kordek .  According to the obit, prior to the double flipper there was an awkward and expensive six flipper system.  Kordek’s genius was in coming up with a less expensive two flipper system that provided far more control over the ball.

That flipper system provided the ability to use skill and agility to control the ball on the table.  Not only that, but by controlling the ball you could, in essence, continually reward your efforts through vibrations, bells and clangs.  It was a multisensory payoff.

Kordek went on to continue his work right into the video game era.  That multi-sensory payoff continues to be a core element in all forms of mechanical and virtual gaming.  I may be biased but the mechanical sensation beats anything out there.  So, thank you Steve Kordek.  I bet they play pinball in heaven.