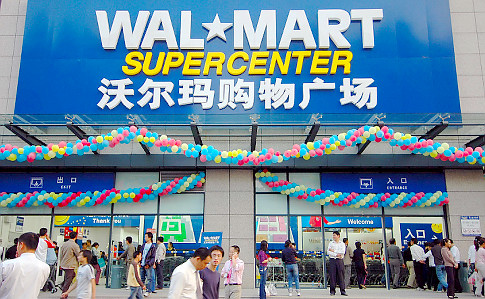 I subscribe to China Daily in part because I want to see how the Chinese see the world.    The newspaper provides insights on China’s state of mind and on how they see us in the west.  Take for an example a very interesting article entitled “China's retail revolution benefits all.” 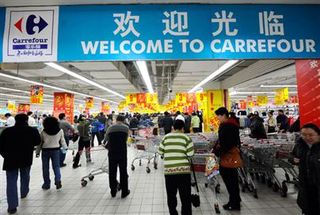 The article looks at what the author sees as a revolution in Chinese retailing.  He sees China as following the American model which reflects what he calls the “Wal-Mart Effect” which he presents in very positive terms.  In fact, he sees it as a key component in U.S. economic power.  Here is how he describes it:

"The growth of a technically sophisticated, highly competitive retail and distribution sector in the US over the past 50 years was the largest single contributor to the strong productivity growth there. The combination of economies of scale, modern information and telecommunications technology, and rigorously applied modern business practices, all in pursuit of greater efficiency and consumer satisfaction, has made modern retailing a powerful engine for competitiveness and economic growth in the US as well as in many other countries."

He then goes on to write about the “Wal-Mart” effect as it applies to modern China:

Modern, sophisticated retail has for the past 15 years been growing in China as well. China has the world's fastest-growing retail market; it has been growing by 18 percent a year. The retail and distribution system has to grow and improve to satisfy booming demand. Wal-Mart, as just one example, has more than 350 stores in 130 Chinese cities, selling about $7.5 billion (5.7 billion euros).

In reading the article, you get the feeling that the Chinese government sees the growth of mass merchandising as a positive transformation and will encourage it.  As the author puts it “The added value for consumers is that these large stores typically provide better prices, more variety, better opportunities for local manufacturing and agriculture, a more sophisticated employment system, as well as business structures more amenable to effective enforcement of government regulations.”

The emphasis in the last sentence is mine.