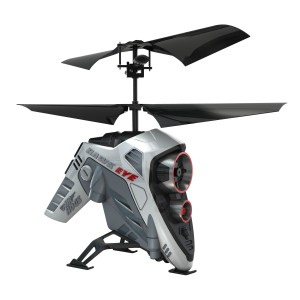 I am fascinated by the narrowing gap between what is a toy and what is “the real thing.”  Case in point:  Drones.  A drone is an unmanned flying vehicle and they have been seeing a great deal of action over Pakistan and Afghanistan.

Those drones are meant to kill enemy combatants but what about civilian drones that are designed to do more benign things mapping the neighborhood or catching speeders.  It seems that the skies may soon be full of drones thanks to a new federal law outlined in a New York Times article entitled:  “Drones Set sights on U.S. Skies.”

Here is how the article puts it:

A new federal law… compels the Federal Aviation Administration to allow drones to be used for all sorts of commercial endeavors — from selling real estate and dusting crops, to monitoring oil spills and wildlife, even shooting Hollywood films. Local police and emergency services will also be freer to send up their own drones.

And there’s money to be made.  The article states that “[t]he market for drones is valued at $5.9 billion and is expected to double in the next decade, according to industry figures. Drones can cost millions of dollars for the most sophisticated varieties to as little as $300 for one that can be piloted from an iPhone.”

A man named “Cy Brown of Bunkie, La., began hunting feral pigs at night by outfitting a model airplane with a heat-sensing camera that soared around his brother’s rice farm, feeding live aerial images of the pigs to Mr. Brown on the ground… He calls his plane the Dehogaflier…"

A “Dehogaflier?!”  Well if Mr. Brown can create the Dehogaflier than certainly our toy companies can get into the act.  And this is where Spin Master and every other toy company making flying vehicles come in.  Why not go the other way and take a product from a toy to the real thing?  Add some oomph and a better camera and you can be competing for the bottom end of the market.