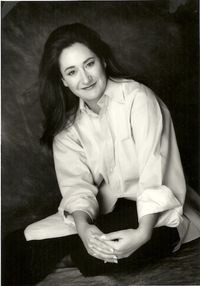 Samantha Martin is the founder and ceo of Media Maison, a New York City full-service public relations firm. As a third-generation toy industry specialist who works one-on-one with Hong Kong’s top toy manufacturer, she has a deep grasp of the ever-changing toy business, and is uniquely qualified to provide her clients with the benefit of her industry knowledge, expertise, and far-reaching personal connections both in media and the toy industry.  Sam can be reached at samantha@mediamaison.com.

Twitter has fast become a favorite tool to drive booth traffic at trade shows – and Toy Fair 2012 is no exception.  In fact, after a quick Twitter search, I found more people than ever buzzing about the show. Expect to see attendees using Twitter as the communication tool of choice to keep up with what’s going on at the Javits Center, and to get the scoop on meet-ups and after-parties.  With so much online chatter adding to the collective Toy Fair buzz, you’ll definitely want to join in. Not only is it a great way to drive traffic to your booth, but it can also help make for a terrific Toy Fair experience – for your company and your brand.

Here are some tips to help you get your Toy Fair Twitter groove on:

Most Important: Use Hashtags – Hashtags have become the gold standard for tracking what’s happening before, during, and after trade shows and conferences.  Why?  They’re beneficial for drawing attention to the show, your company, and for enticing attendees into your booth.   So what’s a hashtag and how is it used?  It’s pretty simple.  A hashtag is a set of characters that include the ‘pound’ or ‘number’ sign with a word or phrase after it.  For example, the official hashtag of NY Toy Fair 2012 is #TF12.  Hashtags are inserted within the 140 characters of your tweet – usually at the end.  Their key function is create trending topics on Twitter – topics that get more popular the more often they’re tweeted by a large and diverse number of people, and then to help users organize and track the topics.  Think of trending topics as “Most Discussed Hashtags,” or “Active Discussion Topics,” and it’ll make more sense.  You’ll want to come up with a hashtag for your brand or company and begin a trending topic of your own.  Keep it as simple as possible – remember you’ve only got 140 characters in a tweet.  If your company name is The Best Game in Town, don’t use #thebestgameintown.  Use something like #bestgame instead.  And be sure to remind your customers, retailers, Twitter followers and Facebook Fans of your hashtag often – on your website, blog, in pre-show promotions, newsletters, and your tweets during the show. 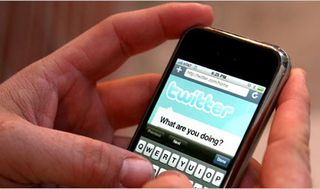 A sample tweet using hashtags would look something like this:  We’re giving away a free iPad in 15 min. Head over to Booth 1234 for a chance to win! #bestgame #TF12

Track What’s Happening – Now that you have hashtags down, you’ll want to track them.  Twitter Search is the easiest way to do that.  Just type in the hashtag (i.e. #TF12) and Twitter will show search results starting with the most recent.  Another great tool for using and monitoring Twitter is Tweetdeck – a free Adobe AIR download that lets you set up columns to track tweets based on search items.   Tweetdeck allows you to set up as many as 10 columns where you can follow tweets based on criteria you set.  So if you search for #TF12 or #bestgame, a column will appear showing all the latest tweets using that hashtag – and it will automatically update for you.

Start Early – Establish your Twitter presence before Toy Fair.  Post show specials, informative links, observations, and start conversations with others who are talking about it.

Follow Attendees, Media, Bloggers and Other Exhibitors NOW – Identify buyers, exhibitors, or media that you’d like to connect with, try to find them on Twitter and follow them.  You can usually find their @Twitter names on their websites or blogs, or you can do a quick Google search using their name and Twitter as keywords.  Also, do a Twitter search for Toy Fair conversations using #TF12, and follow the people who are talking about it.  Send them a friendly introduction tweet, and not a promotional plug.

Keep Tweeting – Tweet about the interesting things you have going on in your booth.  Make your posts personal, and engage with your followers one-on-one. Display Something Worth Seeing – Jelly Belly had the right idea at a recent trade show when they displayed a Harry Potter portrait – made entirely of jelly beans – right outside their booth.  The result?  It became a popular destination with attendees flocking to the Jelly Belly booth for a photo op that was tweeted and shared throughout the Twitterverse.   Do Giveaways for Twitters Users – Everyone loves a great game, and everyone loves free stuff.  How about tweeting out some random games throughout the show?  Something like, “I’ve got a free game/casepack/coupon for the first person who retweets AND gets to my booth first. #bestgame #TF12”

Do a Hashtag Raffle – Create a raffle that requires participants to use your company’s hashtag in order to qualify.  Make it worth their while – give away something fun.

Get Buyers to Promote Your Booth – Tweet contests that’ll give buyers an incentive to promote your booth to other Toy Fair attendees.  Offer up a few cases of product or free POP display as a prize.

Picture It – Photos are a great way to build steam before Toy Fair and keep it going during and after. Start tweeting pictures showing booth set-up through mobile uploads and photo galleries like Instagram or Flickr.  Letting online fans and followers see your preparation for the show will build their excitement and anticipation to see the final product.  During the show, take lots of photos (a minimum of 50) of your booth.  Be sure to include some action shots with visitors and other exhibitors.  Some can be unplanned shots, but you’ll want to compose many of the images so that you capture the energy that’ll really show off your presence at Toy Fair.  Tweet some of the images, but also save some unique shots to post on Flickr, your website, blog and Facebook pages.

How will you be using Twitter or other social media tools to promote your brand at Toy Fair?  If you have any great tips that have worked for you in the past, share them with us here!