Direct Response Television is one of those phenomena that are an unavoidable part of modern life for anyone who watches television.  Yet, few of us know much about the nuts and bolts of actually preparing and running one not to mention whether it is something that makes sense for our products.  That is why I asked Robert Yusim, the leading expert on direct response in the toy & youth categories, to write a blog about it.

Rob began his career working directly with Raymond Kives one of the founders of K-Tel and Quality Dino Entertainment. In 2006 Rob crossed over into the toy category and started Spin Direct, Spin Master Ltd's DRTV division, with the launches of Rocket Fishing Rod, Moon Sand, Storm Launcher and Reflex Heli. Over the past 5 years Rob has launched or licensed over 100 toy product campaigns in the US, Canada and UK. In 2010 Rob launched Product Counsel to provide complete turnkey DRTV services to clients, with emphasis in the toy & youth marketplace & to assist companies and inventors with licensing out their products.

Over the last several years, I’ve had the opportunity to meet with a large number of companies within the industry. These companies range from being very small companies, to mid-tier companies with some significant retail presence, to major players, with tremendous shelf space and influence at retail. Most admit that they know little about DRTV and how it can fit into their product or brand strategies. No matter the scale of company, I always point out that DRTV can be an opportunity for all companies no matter their size or level of influence in the marketplace. 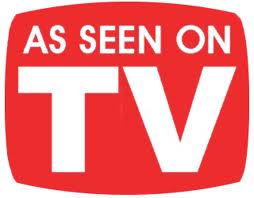 For invention companies, start-ups & small companies, that don’t have significant access to mass retail distribution, DRTV is a relatively low cost way to enter the market and test products to see if there can be greater opportunities. For as little as $100K, plus inventory a company can produce a DRTV spot, set up a backend and test media to see if the consumer response to a product is as strong as they hope it can be. If successful, the product then has a story for opening new doors for distribution and/or to receive further financing in order to take the product to the next level. Pillow Pets™ is a great example of a toy product that not only started out very small and leveraged DRTV for massive growth but it also kick started an entire category of transformational plush.

For small-medium sized companies, with access to retail distribution, DRTV can solidify retail placement, not only in the toy aisle but also alternatively, in the high velocity As Seen On TV section at major retailers. The DRTV strategy of going on air early (before retail set) can increase velocity and consumer demand. It can also catch the attention of larger companies interested in acquisitions. An example being the Glow Crazy™ brand which launched its DRTV campaign in early 2011 and resulted in almost 100% sell through during the Fall 2011 selling season, was recently acquired by Techno Source (LF Products).

For Medium-Large sized companies with established retail placement, DRTV with its significantly lower media rates can reduce a brand’s advertising to sales ratio (A:S Ratio) and allow media to start before retail set to generate awareness, pent up demand and immediate velocity once the products set. As DRTV can run early in the season, it can result in retailers chasing more inventory within the same season, resulting in significant growth. Spin Master is a prime example of a medium-large sized company that effectively leveraged DRTV for significant growth.

DRTV can also help open up new international territories at reduced costs. Markets like Canada, The UK and many others are open to DRTV advertising. The availability of a strong performing DRTV commercial also opens up an entire parallel universe of International DRTV distributors who run DRTV media and also distribute to retailers and the multi-channel marketplace in their local territories. Examples include Spin Master (Canada & UK) and Razor & Tie which is currently using the DRTV strategy to expand it’s Kidz Bop® brand in the Canadian market.

So no matter the size of a company, DRTV can be an effective strategy to reach goals… if implemented properly.

In the coming weeks, I will introduce a number of topics in the DRTV channel relating to the toy industry. If you have any questions feel free to contact me directly by phone – 204 977 6102 , by email to: ry@productcounsel.com or visit http://www.ProductCounsel.com  © 2012