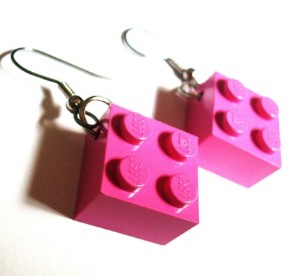 The good news and the bad news for Lego is that people care…and care deeply…about what they do.  Lego is accused by Peggy Orenstein (author of Cinderella Ate My Daughter) and others of helping create a “Pink Ghetto” in the toy department and people are signing an online petition against the new “Girls” Lego line, Lego Friends.

But why do people care so much?  It's because Lego has come to be perceived by some as a first gateway to working in the physical sciences.   Scratch an architect or a builder and you will find a child who was once a Lego enthusiast.

It is therefore no accident that Lego’s decision to produce a new line of construction toys for girls has created a whirlwind of criticism.  After all, if Lego is seen as the gateway to the physical science professions then putting a male gender orientation to the construction aisle is seen by some as the equivalent of not letting females into degree programs in the sciences.  Much of the criticism (some of it over heated) aimed at Lego therefore stems from this notion that they are limiting girls in their choice of professions.

So, what should Lego do next?  My advice to Lego would be to first recognize its societal importance.  The problems the company has with portions of the public will not be solved with a great marketing plan or a new product.  They will only be resolved by Lego going to the root of the problem; the unintended consequences of building the boy’s demographic and the resulting price of abandoning girls.

Those who say that boys and girls play differently are only partly right.  Yes, there are predispositions in how and with what children want to play.  But boys and girls, just like men and women, are more than a gender assignment.  Each is an individual with unique desires, dreams, fears and hopes.  No one, whether five or sixty five, wants to be told even passively that certain toys and certain professions are “not for them.”

Will construction toys ever be 50/50 girls and boys?  Probably not but a whole lot more girls would be playing with (and their parents purchasing) Lego if not for the invisible “No Girls Allowed” sign that hangs over the construction aisle.