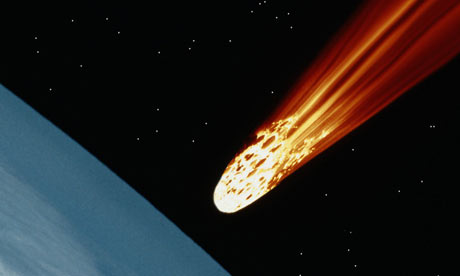 Circuit City, Borders, Filene’s, Syms and Sears have all, in their own way, suffered from the recession.   Are they failing and struggling due to bad business decisions or are they, like the dinosaurs, victims of a paradigm shift that is killing them off.  Matthew Yglesias writing for Slate magazine thinks big box chains are in trouble and unlike the dinosaurs who took a hit from an asteroid, this disaster is coming from the Internet.

The article’s title, “The End of Retail,” is certainly an attention getter but it is just that, an attention getter.  Yes, Yglesias does think that big box retail era is coming to an end but it is the beginning of the end rather than the end of the end; and not the end of all retail…just big box.  Here is how Yglesias puts it:  “Some people feel sentimental about independently owned neighborhood stores, and many of them will find ways to turn those good vibes into a viable business strategy. But nobody feels sentimental about Kmart and Sears.”

So, what does Yglesias think is going to happen?  He proposes in the article that the big box chains will begin to cannibalize each other as the consumers they can draw get fewer and fewer.