Rob Bartel is a veteran designer and producer of video games with Electronic Arts’ BioWare studio. He joins us as a board game correspondent, however, having recently expanded into board game design with Two by Two, 2012 runner up for Best Family Game in Games Magazine‘s annual “Games 100” Awards. A passionate advocate for the board game industry, Rob helped found two national initiatives – the Game Artisans of Canada and the Canadian Heritage Collection. His newest endeavor is the Famous Games Company, an innovative provider of promotional card games for the sports marketing industry. 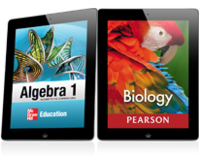 Today, Apple announced their new iBooks Author software, a pet project of the late Steve Jobs who intended it to disrupt the educational e-book market. It’s interesting and powerful software, to be sure, but it also underscores some dramatic changes underway in the educational system as well as in how we absorb information and learn in broader society.

Why should we in the game industry care? Well, teaching and education lie at the core of one of the biggest hurdles our industry faces on its way to the tipping point – the need for audiences to learn the rules as a pre-requisite to play.

I’m going to go out on a limb and say that, at some point in your life, you’ve probably played a game of Monopoly. First published in 1935, it’s gone on to sell over 275 million copies – roughly one copy for every man, woman and child living in the United States at the turn of the millennium. When you had to pay fines or taxes, that money went into the middle of the board and somebody won it when they landed on Free Parking, right? And when you couldn’t afford to purchase a new property you just landed on, you just moved on to the next person’s turn, wasn’t it? …Well I hate to break it to you, but we’ve all been playing it wrong for the past 75 years. Go ahead, dig it out of your closet and check the rules for yourself. When you land on Free Parking, nothing’s supposed to happen at all. If you choose not to buy a property you landed on, it actually triggers an auction phase where players can purchase it for less than the stated price.

If it’s right there in the rules, why are we all playing it so wrong? It’s not because the rules we play by are better – they actually make it worse, dragging out the game, removing one of the few areas of personal interaction, and exacerbating the sense of arbitrary randomness that we so often attribute to the game. No, it’s mostly because we never actually read the rules in the first place. Go ahead, have a look – 8 pages of cramped monochromatic text. There are no examples or explanatory images. Heck there’s barely even any intervening white space. When people refer to something as being “an unreadable wall of text”, this is what they mean. Or what about UNO, one of the simplest games out there? Its rulebook is only two pages long but the page is pretty tall and the text is one shade shy of microscopic. It’s still monochromatic but at least they break up the wall of text with some clear headers and white space. There aren’t any explanatory images but at least it anchors its descriptions of the different actions with images of the relevant card. Time for a quick quiz… How many points is a Wild card worth? How about a Reverse card? …Did you even know that there were points? Go ahead and look – it’s on Page 2. Apparently you play to 500 points. Yeah, it was news to me, too. Compare that to the rules for Ticket to Ride. Four pages. Full color. Lots of white space. Explanatory images throughout. Various levels of headers, each clearly identified by font and color. It’s certainly a more inviting rulebook to read and an easier one to understand, thanks to the excellent design and presentation of its rulebook. The game is more complex than Uno yet the vast majority of players appear to be playing it correctly, with no significant misunderstandings that I’m aware of. As a teaching and communication tool, it certainly represents a significant improvement over the rulebooks for UNO and Monopoly. That said, dollars to donuts, as nice as Ticket to Ride‘s rulebook is, I’m willing to bet that the bulk of the people playing the game still haven’t actually read the rules. Now I’m not saying that Apple’s new ebook authoring software achieves all of that – not by a long shot. By breaking away from the world of static text and images, however, it does represent another important step down that particular path. I expect it won’t be long before innovators within the boardgame industry begin to release interactive rulebooks on the platform. Here are some specific use cases we should be considering:

1. Interactive Images – Apple’s offering inherent support for interactive callouts on images. This isn’t anything new but it’s a great and underutilized way to help identify game components or explain concepts. As an experiment, I created something similar over on the Amazon.com gallery for my game Two by Two a few months ago… Oh, and the poor soul who gave me a one-star review is clearly crazy – if you’ve played the game, please post a review of your own, hopefully with more stars (PS – His criticism is that my rules were too complex and hard to understand. Touche…).

2. Keynote Presentations – Animation is an even better way to communicate important concepts like how a given piece moves or how to perform a certain action within the game. For my upcoming Famous Games line, I’ve been exploring the use of HTML5 as a way to get away from the traditional wall of text and teach the entire game in an animated fashion. It remains a work in progress, but here’s a sneak peek at two of them: Famous Fastballs and Famous 500. And yes, the presence of a Coach character is very deliberate. :o) Let me know what you think!

3. Embedded Video – I’m not a fan of video as a teaching tool, personally. I find it too passive a medium and, in most cases, it’s also very difficult to search through for use in a reference capacity (I much prefer the menus I’m able to include in my interactive presentations above). That said, there are a lot of people out there generating game-related video content so it may present a less costly investment for publishers. Ultimately, all the whizbang teaching methods in the world don’t mean much if it’s not cost-effective to create them.

4. HTML Modules – Are you familiar with the term “errata”? It’s when designers and publishers make a mistake in the rules and need to fix it after the fact. In the case of Two by Two, a misleading word accidentally got added to the rulebook in the final revision before it went to press. I wish I could take it back. If the rulebook was magically pulling its data live from a web server somewhere, I could.

5. Chapter Reviews – Want to be sure your audience understands an important concept. Present them with a simple and interactive test to confirm. Imagine if Parker Brothers had been able to include a little interactive knowledge test that asked “What happens when you land on Free Parking?” and rewarded them for a correct answer.

6. Highlighting, Note-Taking, and Study Cards – If your players are having trouble with a particular rule, they can highlight it, add their own explanatory notes or clarifications, and turn it into a study card that they can reference quickly without having to go digging for it in the body of the rules. Sure, it takes a degree of engagement and commitment for someone to bother doing that but, for those who want to, this makes it easy. So how do you learn the games you play? What can publishers do to make games easier for you to learn and more intuitive to understand? In disrupting the educational textbook market, is Apple unwittingly disrupting the game industry as well? If we embrace that disruption, can we reach all new audiences currently unreachable beyond our walls of text?