Scott G. Eberle could be Dr. Play. He is vice president for play studies at The Strong where he develops 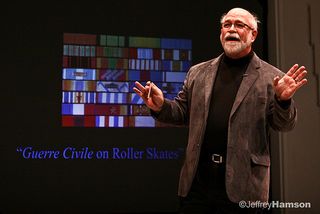 exhibits for the National Museum of Play. He is editor of The Strong’s American Journal of Play, holds a doctorate in intellectual history, and is author of Classic Toys of the National Toy Hall of Fame and other works on American history, culture, and play. Currently he is co-editing a Handbook of Study of Play for Rowman-Littlefield and collaborating on a book about the elements of play. He writes the new blog titled re:Play, just launched this morning.  Eberle also recently published “Playing with the Multiple Intelligences, How Play Helps Them Grow”. The latter is an important article, so I asked if he could highlight takeaway points for our industry. Play is a value in itself, of course, but it is also vital to learning, yet it gets 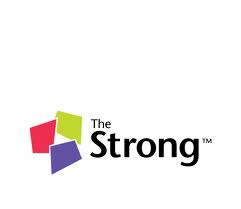 trivialized. Scott’s research is ammunition to help the public think differently about play.

Mary: Scott, let me begin by asking how someone with training in intellectual history gets interested in play and toys.

Scott: Actually it’s an exceptionally good fit, Mary. Play is a state of mind as our friend Dr. Stuart Brown shows, and the way we play changes over time, and the things we play with change, over time. And so if you’re interested in play you’re naturally drawn into questions of psychology and history. Also, the institution I work for holds half-a-million objects (most of them toys and dolls) and installs big, original exhibits about play, two more good, practical reasons.

Mary: So your interest in intelligence and play flows from this as well? Scott: Yes it does, in fact. I’ve long been interested in intelligence itself as a social phenomena, how we put our brains to work, and the ways that American culture influences how we think. And recently it flummoxed me to find that no one was systematically connecting “multiple intelligence” theory to play. Not even toy companies, who have a vested interest in connecting play and intelligence. It’s such a natural because, especially in our early years, we learn by playing. While at play we learn language, we learn to socialize, we learn to count, sing, draw, dance, and explore the natural world.

Mary: Can you tell us about multiple intelligences? Where does the idea come from?

Scott Eberle: Back in the 1980s a cognitive psychologist from Harvard named Howard Gardner posited a set of “intelligences”—talents if you will—that toppled the old, limited, biased, and not very useful notion that IQ mainly expressed aptitudes for verbal and math skills. If this were true, by the way, we’d only be playing at Scrabble and Sudoku, and such. Of course we sharpen our vocabularies with wordplay and explore the concepts of number and sequence in games. But you can easily find the other aptitudes—that Gardner called interpersonal, intrapersonal, spatial, musical, bodily, and naturalist intelligences—when you observe people at play.

Mary: Can you give us some examples?

Scott: We’re always practicing old skills or acquiring new ones at play. We tune our ears with song, chant, and rhyme. We play with our senses of space and train our appreciation of color with finger paints and computer graphics. We learn to appreciate our orientation, our location and position, and our sense of the space around us by climbing a tree, catching a ball, casting a lure, or jumping a rope. We explore the natural world by scrambling through a leaf pile, snapping a fragrant sassafras stem, chasing an ant with a stick, toasting a marshmallow, or collecting rocks. At play with others, we negotiate our place in the world and sort out our sense of ourselves as we take stock of our capabilities.

Mary: Would you leave us with some takeaway points about the multiple intelligences and play?

Scott: Surely. Let me break it down into two parts. First, multiple intelligence theory gives us a very useful checklist to gauge current toys, and ways to think about possible toys—those in development. Does the toy appeal to a visual or spatial talent? Does it draw the player out into a social world? Does the toy appeal to an aptitude for organizing and sequencing, or naming and categorizing? Does the game oblige you to remember song or chant? Does the game or toy require you to move pleasurably or in a complicated way? Does the toy or game give you a new insight into yourself? And so on. It’s easy to match up intelligences, play, and toys. But second and personally, I like those play activities best that recruit two or more of these intelligences, combining them to form complex and therefore more memorable and pleasurable experiences. A couple simple examples. Musical chairs: the game obliges you to scramble, compete in a convivial group, and attend to the music. Or think of the classic egame Simon, and its variants. These games require you to sequence a series of tones that you arrange spatially. The more talents the toy engages, the more memorable the experience.

Mary: And the more fun?