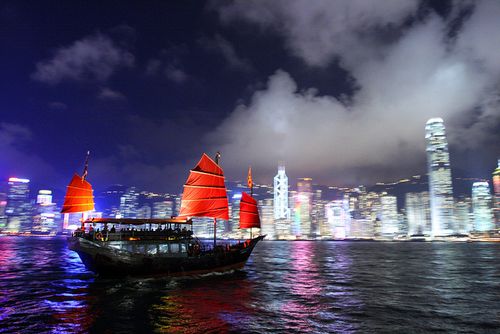 I would describe the atmosphere in Hong Kong this year as a little too quiet.  I am seeing fewer toy people on the streets, in the bars and restaurants and salespeople are reporting fewer appointments.  Some retailers did not make the trip this year (Meijer and Shopko to name two) and those who are here appear to have cut back on the number of people they have sent.  As a result, it looks like some reps did not make the trip this year as well.

Some reps who are here are reporting a disappointing 2011 and some concerns about the coming year due to carryover.  It is hard to tell at this point how widespread carryover actually is as I am also hearing reports of clean sell through.   I will try to puzzle this out and get back with you.

Beyond this I am hearing of a possible 18% hike in the minimum wage for the Pearl River Delta area of China which will, if it goes into effect, likely result in price increases.  I would imagine that some manufacturers are hedging against that possibility.

Finally, there is a growing sense of confidence in the US economy but questions over what kind of year Europe will have in 2012.  On the plus side, I was told today by one German company that toy sales were up 5% in 2011 after a powerful December.  On the other hand, sales in Spain, suffering from high unemployment, were down 5%.

All I can say is stay tuned.