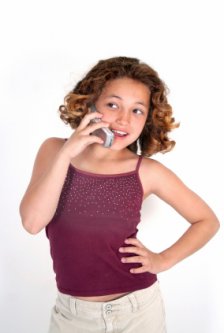 This is part 1 of postings that I plan to do on age compression and how we in the toy industry can reverse it.

I have been asked to speak at the Nuremberg Toy Fair (the Spielwarenmesse) on January 6.  My topic will be age compression; how the toy industry helped create it and how we can reverse it.

It seems like a timely subject.  The close of 2011 saw: A little girl’s tirade against the toy industry attitude towards girls go viral; venerable Hamley’s Toy Store in London move to gender neutral merchandising and signage; Lego come out with a new line for girls called “Lego Friends” and Peggy Orenstien, the author of Cinderella Ate My Daughter, write an editorial for The New York Times on what she calls the “Pink Ghetto” in the toy department.

I believe that these reactions may reflect an undertone of unhappiness with a toy department whose gender identity merchandising seems out of touch with the modern world.  Whether you agree or disagree, one thing is certain, toy sales have been in general decline over the last decade.

It is therefore important that we look at first principles; has the way we have marketed and merchandised over the last ten years had a negative impact on the toy department?  In short, are we at least in part responsible for the downturn in sales?

Any analysis demands that we consider “Age Compression,” the notion that the toy industry has been losing girls at earlier and earlier ages.  We know that not that long ago girls played with toys until the age of twelve.  Sometime over the last decade we began losing them at the age of eight.  We lost boys too but not to the degree that we were losing girls.

The industry’s attitude has primarily been that “Age Compression” is like a drought, almost like an act of God over which we have no control.  Certainly the toy industry has felt the roiling impact of alternative forms of play.  No one would deny that these have had an effect.

The question I asked myself was whether there were other factors at play over which we in the industry had some control.  Had we done things that chased these children to the waiting arms of the video games, cell phones and the Internet?

Before I provide my insights, I would like to know yours.  Do you think that Age Compression is caused by societal causes beyond our control or do you beleive that we in the toy industry are, at least in part, to blame?