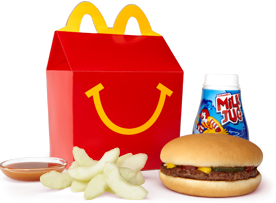 In my last posting, I started my list of the Top 11 Toy Industry Stories of 2011 with numbers 11-8.  Revealed David Letterman style (in reverse order), these are what I see as the stories that had the biggest impact on the broader toy industry.  Today we continue with numbers 7-4.

Ask Target if they think that Wal-Mart’s decision to offer layaway this year made a difference.  Announced in early September, Wal-Mart’s decision to provide layaway this year put them in the same boat with Toys R Us and Kmart who offered it last year as well.  The difference this year, however, is that it seems to have helped Wal-Mart beat Target’s brains in on the toy aisle.  How bad was it, well take this quote from the December 17, 2011 Wall Street Journal:  “Target Corp. blamed its lack of a layaway program for its slow toy sales at the season's outset. "Wal-Mart's layaway program has certainly hurt us in November," Kathee Tesija, Target's executive vice president for merchandising…”

6.    Toys R Us hires Neil Friedman as President of its Us Division

Toys R Us’s announcement in April that Neil Friedman’s was to be its new President was a shot across the bow for all manufacturers and retailers.  Neil’s experience in retailing and manufacturing marks him as a double threat.  What is of note is Neil’s reputation as, to quote Toys R Us CEO Jerry Storch, “a product man” means that Toys R Us is serious about producing more of its own private label products.  That means competition for manufacturers and retailers.

Anything that Mattel does is a big story but when it changes CEO’s it can have an impact on the entire industry.  Bryan replaces Bob Eckert who moves up to the Chairman of the Board position.  Bryan Stockton is known for being highly collaborative and inclusive as can be witnessed with his very visible presence with the Toy Industry Association (2011 Chairman of the Executive committee.  So I think look for Mattel to take a broader view of the importance of the entire toy industry in factoring its own goals.

That is why the city of San Francisco’s decision to ban free toys with meals beginning December 1 of this year was a big story.  The city charged that the free toys prompted  children to eat unhealthy food in order to get the prize  (As an aside, I cannot tell you how many boxes of cereal I got my mother to buy me as a child just so I could get the prize inside—it worked then and it works now).

So what did McDonald’s do, they started charging a dime so the toy was no longer free?   That dime goes to the Ronald McDonald House Charity.  That’s not all, McDonalds is also reducing the quantity of French fries it includes and is also including fruit and milk as well.

In my next posting, the final 3.