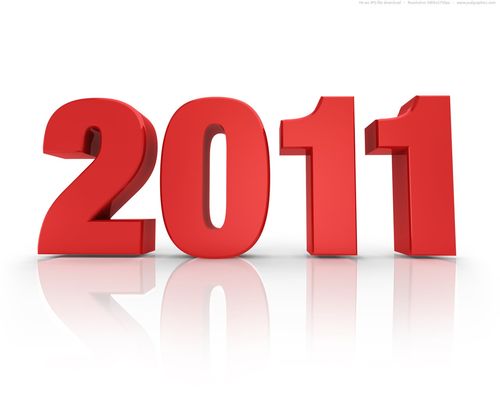 What were the big news stories for the toy industry in 2011?  In order to construct my list, I went to my friend Phil Bloom who publishes The Bloom Report.  No one, and I mean no one, follows the toy industry news like Phil so, not surprisingly,  he was able to provide me with  50 stories he felt merited the title of Top Story.

I took his list, added a few of my own, and then ranked the top 11 in order.  My basis for ranking was this question: “How big an impact did this event have an impact on the greater toy industry?”  So why are there 11 instead of 10?  Well because when it came down to it, there were 11 that merited the title of top news story and not 10.

Any time a toy industry company cuts payroll it’s an important story because it means that some of our friends in the industry are out of work.  In November, Spin Master laid off 20% of its workforce in Los Angeles, Toronto and Asia.  In May, Hasbro announced that it was doing away with 75 positions in Massachusetts and in October laid off an additional 180 people until the end of January 2012.  All things considered, not bad for an industry as big as we are in an economy that remains weak.  Never-the-less, very unfortunate for those who lost those jobs.

This is the one story on the list that is noteworthy for what didn’t happen.  We have all been waiting for Toys R Us to complete its IPO and go public but we are going to have to wait a while longer as the company announced a postponement in April.  Once Toys R Us does go public it is going to have much deeper pockets and it will be interesting to see what they do with those additional assets both in the US and outside.

When a major intellectual property firm is up for sale it’s a big story.  When that firm is purchased by the world’s largest toy company, that is a really big story.  Hit was one of the largest holders of pre-school intellectual property in the world with titles like Thomas & Friends®, Barney®, Bob the Builder®, Fireman Sam® and Angelina Ballerina.  This is a great deal for Mattel as it not only picks up a powerhouse brand in Thomas & Friends but a stable of highly creative talent.  It will also mean some shifts in which companies have the licensing rights to which properties.  There could be some sad faces in the licensee arena.

One of the longest, most acrimonious and ceaselessly surprising law suits in toy industry history came to a head this year with the dramatic reversal in the “Bratz” trail.  The contest emanated from Mattel’s suing MGA, the owner of the Bratz property, for what they chargedwas stealing.  Mattel claimed that that the creator of Bratz, Carter Bryant, was a Mattel employee when he came up with the idea for a the Bratz dolls that were edgier and more racially ambiguous than Barbie.

The case was important because Bratz was the first doll brand to seriously challenge Barbie and the outcome would have a major impact on the doll product segment.  It could also sink MGA as a company.

In July of 2010, an appellate court reversed an earlier 2008 decision that had awarded Mattel $100 million and the Bratz brand.  In August of this year, Mattel was ordered by the court to pay MGA over $309 million in damages and MGA got to keep the Bratz line.

There is still some litigation in process but for all extents and purposes it seems that this one is over.  Look for what MGA does with the money they have won and for what Mattel do with its brain trust now that they don’t have to focus so much on litigation.