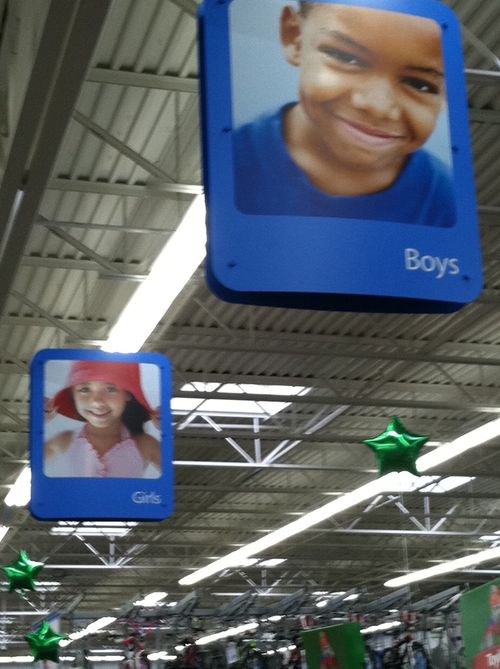 As a follow up to my blog posting on Hamleys Toy Store in London and its decision to go gender neutral I have been looking at reactions from the public and commentators.  If you missed that posting, I wrote that Hamleys had decided to do away with pink and blue signs and replace them with signs that are white with red lettering.   In addition, they had reorgainzed the  toys toy-type rather than  by gender.

As you can imagine, there were some extreme views expressed on both sides of the issue but there was also some light shed on the subject.  For example, one of the reactions from those who object was that consumers would not know where to look if the departments were no longer color coded with pink for girls and blue for boys.

This is, of course, an important question for the toy industry as we don't want to lose consumers simply because they can't find their way to the products we sell.  The Globe and Mail carried an article on the subject of color coding by gender entitled "Toy store eliminates gendered departments; firestorm ensues."  Obvioulsy, readers found it of interest as hundreds wrote responses.  I culled through many of them trying to find a sense of how consumers saw the issue.

After eliminating the extreme positons on both sides I found two very cogent statements.  One was from a woman named Jo Slade who wrote as follows:  “I think if people can't figure out what a kid might like without the use of store colour-coding, they have a problem that goes far beyond the purchase itself. They should probably do something crazy like, oh, I dunno, like maybe getting to know the kid well enough to know what he or she would like?”

You may be saying to yourself, she is probably a feminist, so I thought you might also find interesting what a reader named  "Hey Bubba." had to say.  Based upon his name, not suprisingly he began by writing that it “Sounds like political correctness carried to extremes….  But then, he went on to write  ”…but it is true that many toys are not gender-specific.  Grown women drive cars and trucks, so why should toy cars and trucks be "boys' toys".

So what do you think of what Jo and Hey Bubba had to say?  Is color coding by gender essential to the shopping experience?  Do we need so many color coded toys?