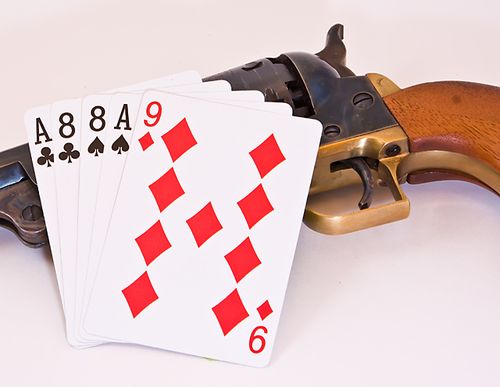 n my last posting, I began my list of the Top 10 Games and Toys in History by listing numbers 1-5.  Today we continue with numbers 6-10.Again, they are in no particular order.  Please give us your feedback.  What have I missed and what should I have left out?  So here you go:

Most of the world today knows China as an economic powerhouse.  Prior to 1971, however, it was a country that was cut off to much of the rest of the world and recovering from the Cultural Revolution, a student movement that had created several years of havoc for its citizens.  It was, however, a series of ping pong games between China, a ping pong power (I like the way that sounds don’t you?) and the US that softened relations and set the stage for former President Nixon’s famous trip to China and the subsequent normalization of relations.

Wild Bill Hickok was one tough gunslinger.  He was also, at times a scout, lawman and apparently a serious poker player.  Hickok’s exploits were popularized by the Eastern press so when he was killed in Deadwood, the Dakota Territory during a gunfight (he was shot from behind) the hand he was holding became famous; a pair of Aces and a pair of Eights.  It was said that they were in Clubs and Spades so the all black hand became known as a “Dead Man’s Hand.”

8.   The Ace becomes the high card

Why is it that the Ace is valued as the most powerful card in the deck when it is really the One of Hearts, Spades, Clubs and Diamonds?  Shouldn’t the King be the highest card?  Well it was until the French Revolution.  The leaders made a great effort to turn the world upside down and even renamed the months of the year.  That didn’t last but their making the one (the people) more powerful than the King they made a statement about political power that is still with us today.

This play by the Norwegian Henrik Ibsen is considered one of the greatest dramatic works of the 19th century.  Still popular today, its historic credentials come from its being an important and influential call for improving the rights of women in marriage.

War Games like Avalon-Hill’s “Tactics II” and “Panzer Blitz” involve strategy, tactics and the element of risk via roles of dice to recreate the feel of leading armies.  These games, however, arose from the need to train military officers.  Some actually credit the Prussian Army’s victory over France in the Franco-Prussian war to the playing of a game called “Kriegspiel.”  This along with the Duke of Wellington’s crediting of play as the incubator for victory in war certainly makes a major statement of the importance of gaming.