In a global toy economy, problems for the Euro could be a problem for all of us.  To find out more about the problem and how it might effect the toy industry we turned to Steve Reece.  Steve is a leading Brand Management Consultant for the Toy Industry in the UK, working across Europe and beyond. Steve has an Honours Degree in European Politics, and holds the Market Research Society certificate with Distinction. After a period working in retail, Steve joined Hasbro’s Market research department, before moving on to Brand Management for some of Hasbro’s top Brands, and setting up Toy distribution companies. Steve’s favourite toy as a Kid was his Soccer collectable cards, his favourite Board Game was and is Risk. www.ViciEntertainment.com 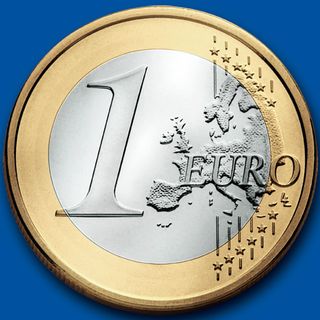 We are truly living in crazy times. Aside from the ongoing fallout of the global financial crisis and the accompanying downturn, Europe has it’s own drama within a drama threatening to make things even worse for the Eurozone and beyond.

So why not just can the Euro? Well frankly, I don’t really understand the economics and politics of it very well…however, I do know what it was like to work in the Toy industry before we had the Euro – a total nightmare! If setting Product (wholesale) pricing seems complicated to you today with $ / £ / € pricing needed to hit most major markets, looking back it was an exceedingly complicated process.

Back when the Euro came in, we went from having to decide (wholesale) prices for 6+ major currencies to having just £pounds and €Euros. I cannot emphasis  strongly enough how much easier that made life. Prior to the change, we had to start with one currency, set a commercially viable (wholesale) price then hope the price would translate well to a workable pricepoint in the other major currencies.  The issue was, often they wouldn’t fit together, so we’d have the perfect numbers for one or 2 markets, but be out in the others, and god help us if we got the pricing wrong for any market…the angry phone calls from colleagues not in the top couple of markets are strong in my memory even today!

We also found that sales on Board Games featuring pretend money went up hugely once amended to feature the €, because parents wanted to educate their children about the new currency, and they used Board Games as way to do that. So aside from the huge simplification of defining (wholesale) pricing, we also had a an incremental sales boost.

So while I always viewed the €uro as somewhat of a Utopian concept, in a sense, it made my life and the lives of those involved in distributing Toy products across Europe significantly easier. Now we are faced with a crisis that could see either a dilution or even at the worst case a termination of the Eurozone, and my heart is fluttering!

Of course it won’t be just the Toy Industry that would be affected, and in all seriousness, the wider economic fallout would be disastrous, and for tough times, tough measures are needed. Hopefully the elite of European Politics will have the moral fibre and intellectual wherewithal to reach the best conclusion properly.

As for me, I’m searching back in the archives and dusting off my MS Office 97 Excel spread sheets to work out how to deal with more currencies in the mix…