Often when I meet with a toy company for the first time, the one question that comes up most often is, “How do retailers react to DRTV on products that will eventually be sold at retail?”. 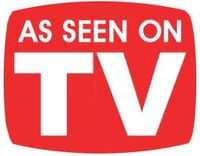 Many toy companies have an impression that if product is being sold directly to consumers, that retailers will not approve. On the surface, that would be a reasonable assumption because it would appear that DRTV sales would take revenue away from the retailers. BUT toy retailers love DRTV…Let me explain why.

1)   Running DRTV means Advertising starts Early – Lets say a product or brand has a Fall 2012 set and will be on shelf sometime in August or September. With a conventional/traditional media strategy, a toy company would begin advertising up to 10 weeks after retail set (in October) to drive velocity for the holidays. Conversely, with a DRTV Strategy, the plan would be to go on air a minimum of 4 weeks before the retail set.  Toy companies can’t afford to go on air early with traditional media but with it’s much lower media costs and the opportunity to generate significant revenues to subsidize or offset costs, DRTV allows the marketer to get a head start to generate awareness before the product sets at retail.

2)   DRTV Creates Pent Up Demand, Instant Velocity & Uplift – Running DRTV before the retail set will create mass awareness and pent up demand. Its widely accepted that only up to 10% of consumers are comfortable giving up their credit card numbers for purchasing via DRTV. Therefore, over 90% of people who buy DRTV advertised products, buy those products at retail. Running DRTV will develop early demand and grow the pie by driving more consumers to the stores searching for the product and generating, potentially massive demand and uplift. Products that perform well can generate 500%+ Uplift. Managed properly, DRTV will generate instant velocity when the product hits the shelves and will increase the baseline of POS sales in August & September (instead of October when traditional advertising would launch).

3)   The Results – With DRTV running in advance of retail, vendors will significantly reduce the risks of having purchase orders cut/cancelled or related skus de-listed. Most importantly to toy retailers, early velocity in August will provide for early reads and the time to re-forecast and replenish for the coming holiday season. The results… increased sales & incremental revenue at the most important time of the year, plus the opportunity to increase space on the shelf in future seasons.

Toy Retailers love DRTV because it drives traffic, velocity & Uplift. Toy companies that have the right type of product and a budget to advertise should consider the DRTV Strategy for gaining early awareness, pent up demand, velocity and uplift.