The Toy & Game Inventor Conference is next week in Chicago so I thought it only appropriate to end the week by celebrating those who really love, and I mean really love, board games.  Those are the people who choose to to anoint their bodies with tattoos featuring characters and elements from their favorite board games.  It is, to say the least, of note that there are people in this world who want to permanently tattoo that little Monopoly guy on their biceps.

I don't know how he came upon them but a guy named Ian Fortey came up with 25 in a piece appropriatley called "25 Board Game Tattoos."  Most are either wierd or poorly done but a few were kind of nice.  Here are two: 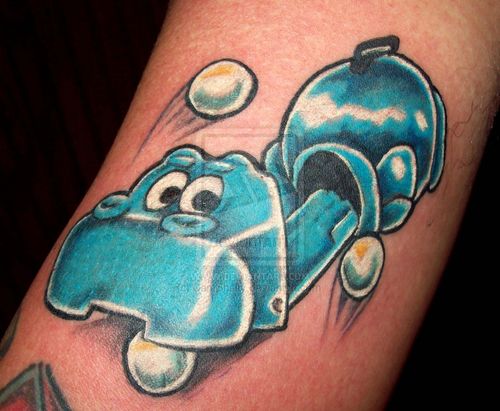 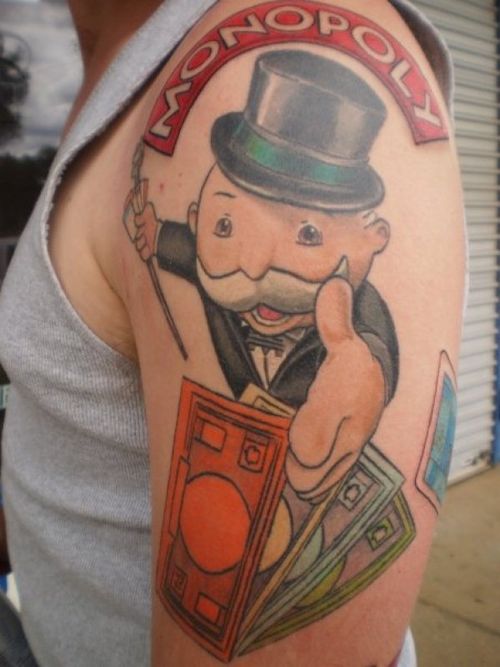