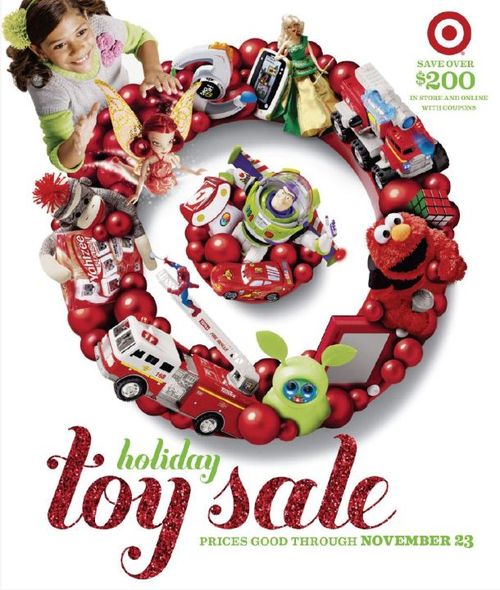 As those who read me know, I have been researching the relationship between gender and toys.  Particularly, I am interested in how the toy industry markets to children and whether that marketing actually has an impact on how children see themselves, their abilities and their opportunities.

Some charge that the toy industry, by positioning girls as nurturers (think dolls and toy dust pans) and boys as aggressors and builders (think weapons and construction), sends a strong message to them as to their roles in life.

In addition, by marketing based upon gender, it is possible that we cause age compression.  Forcing children into stereotypical roles in a world that is rapidly evolving (cooking shows now feature testosterone fueled chefs and women run companies) may cause them to see toys as fantasy play and therefor stuff for small children.

However you feel about the subject, I find it interesting to regularly take the industry’s temperature.  Last year I reviewed the Toys R Us catalog and noted that all 4 depictions of boys and girls in ride on vehicles showed the boys driving.  A further check of the internet was unable to find any pictures from any company of girls driving boys.

So, this year I thought it might be interesting to take a walk through the new Target catalog and see how girls and boys are presented Vis a Vis the toys depicted.  So, here we go:

That’s certainly a girl on the cover and she is doing the nurturing thing, welcoming us with a wonderful wreath.  On the back cover we see a girl holding a stuffed dog (nurturing) and one boy with a dinosaur and the other with a gun (perhaps to shoot us in honor of the season).

I did my due diligence and was unable to find any depictions girls and boys together in ride on vehicles.  I did, however, count all the forms of vehicles depicted (a total of 15) and found that 12 were ridden by boys and 3 by girls.  Apparently, boys do most of the riding in this country.

The catalog depicted 8 toys that I would characterize as aggressive (a Thor Hammer, a rifle, etc.) and all depicted boys playing with them.  This was not surprising.  What was surprising, however, was that of the 3 musical items depicted, all were played by boys.  Aren’t girls rock stars too?

The girls section, as we have come to expect, only depicted girls.  I guess you still can't put a boy in there with all of those dolls, cooking sets and books.  Yes, there was a picture of a girl reading a book.  Later in the catalog, there was a full page devoted to books and that also depicted a girl.  I guess only girls read.

One refreshing note, however, was that the technology area looks pretty gender free with lots of boys and girls.  Technology is new school compared to toys so perhaps that is why the stereotypical gender reflex is missing.

One final note, there were pictures of 3 real dogs and no cats.  What's up with that?

If you have a chance to look through the catalog, please write in and let us know if you agree, disagree or see something that I have missed.