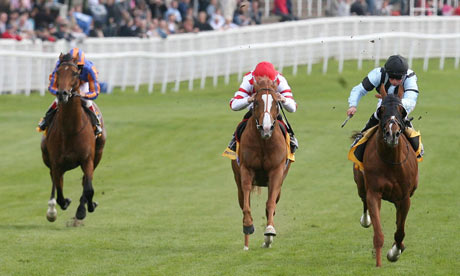 The study cited is by Citigroup and here is how the Retailing Today article describes the results:

According to Ciitgroup, retail prices of a basket of “hot” toys for holiday 2011 are now 30 bps cheaper at Walmart than at Target, compared with 50 bps cheaper at Walmart in its previous survey… While Target may be the competitor Walmart pays most attention to, Amazon continues to pose a threat, with its toy prices falling 6% during the same two-week period since Citigroup’s previous survey. Amazon’s basket of toys is now 650 bps pricier than Walmart, compared with 920 bps pricier for the prior survey.

Wal-Mart has historically differentiated itself from its competition by being the uncontested low price leader.  That as opposed to Target which provides higher quality goods or Amazon which

offers stay at home convenience.  It is therefore surprising, to say the least, that Amazon and Target are as close as they are to Wal-Mart in pricing.

Being the low price leader by a little may not be good enough in an economy that is changing rapidly.  Wal-Mart needs to figure out how to do a better job of doing what they do best, having the lowest prices by a mile,  or they may find themselves having to make some changes they may not want to make.