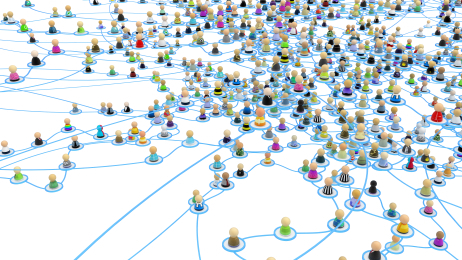 Are you familiar with the term crowdfunding? It's a growing movement where people with creative ideas seek advance funding for a project from the general public, usually through a third-party website that mediates the exchange. By connecting innovators and content creators directly to their audiences (and usually cutting out the traditional retail and distribution channels), it's already proving to be a disruptive force in the independent board game scene. As with Apple's app store, I wonder if this indie-driven disruption is part of the impending Tipping Point for tabletop games. Will it continue growing beyond the indie scene and begin to disrupt the established industry? The primary crowdfunding site being used by the board game community is Kickstarter.com. The site was launched in 2009 and recently created a specific funding category for board and card games. So far this year, independent board and card game projects have successfully generated over $1.1 million in funding on the site. A brand new project called D-Day Dice launched this morning and has already generated over $16k in funding.

The big categories on the site are Design, Film & Video, and Technology, where the best-funded projects have reached $942k, $345k, and $259k in funding, respectively. The best-funded boardgame project to date, with $76k in funding, is Alien Frontiers: Factions, an expansion to a previously kickstarted game. Others in the category frequently reach the $30k-$70 range, enough to fund a typical hobby market print run. Given that the creator is building a direct-to-consumer relationship, which is valuable in its own right, as well as laying claim to the pieces of the pie that once belonged to the distributor and retailer (and sometimes even the publisher), you can see why the crowdfunding model is so appealing to the content creator.

From a mass market perspective and compared to the big three categories, $76k is still pretty small potatoes. Interestingly, however, it puts the boardgame category ahead of categories like Fashion, Food, and Photography (as well as Theatre, my other ill-fated love). More importantly, it appears that we're at the very start of a growth curve on this, as evidenced by the graph below: If this growth continues, I expect the total amount of monthly boardgame funding to be regularly brushing up against the $500k mark by this time next year. By October 2013, it will be closing in on a million dollars every month. At what point does this sort of disruption go mainstream and what will be the impact? We're already seeing established independent publishers [1][2][3] beginning to run Kickstarter campaigns for their games, not because they need the funding to proceed (although it still helps with cashflow and profitability) but because it's good marketing. Next up, I think retailers and distributors in the hobby game market need to start paying attention and finding ways to get involved or risk being cut out. It may be a while before this begins to impact the mass market companies like Spin Master and Toys R Us but, when it does, it will happen fast. Kickstarter party game Cards Against Humanity, for example, was able to parlay it's $15k in funding into a #1 rank on Amazon.com in the game, card-game, and toy categories.

Here are some of my favorite Kickstarter game projects: