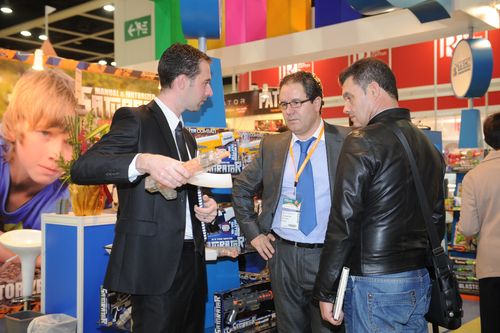 Each year, in January, hundreds of American and Canadian toy industry members migrate to Hong Kong for the purpose of selling and buying toys.  These travelers conduct their business in the various hotel suites and showrooms of Tsim Sha Tsui, a neighborhood in Kowloon.  In these venues, 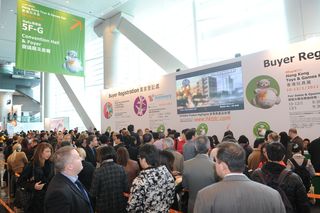 Kowloon, where all of this takes place, is just across the harbor from Hong Kong Island.  If one walks to the water’s edge and looks across, one can prominently see the Hong Kong Convention & Exhibition Centre; home of the Hong Kong Toys & Games Fair which takes place from January 9-12, 2012.

Oddly, although the distance is short, a small number of the Americans and Canadians working the Kowloon side actually take the time to attend this event.

It’s not that it’s a small affair.  The Hong Kong Toys & Games Fair bills itself as the second largest toy show in the world and the biggest in Asia.  They last year attracted 34,000 buyers from 128 countries and regions.  This year, they anticipate 2,000 exhibitors.

So, if it’s so big, why don’t the Americans and Canadians make the short trip?  Well, first of all they are extremely busy and are frequently overbooked.  They just don’t feel they have the time.

In addition, decades of not leaving Kowloon have embedded some pretty deep habits.  This is the simply way it has always been done.

It’s tough to change habits and it’s even tougher to find extra time.  Well, let me make the case for why it may be the smart thing to do.

A business visitor has already invested in a plane ticket and 16 hours of flight time each way.   In addition, they have the costs of a hotel and their time.  Won’t they be gaining a remarkable amount of added value for the price of a 20 minute ride on the Star Ferry?

If you are a buyer, a manufacturer or a sales representative, you may want to book an extra day and take the time to visit the Fair.  It’s a long way to Hong Kong so a little extra time could result in a big payoff.