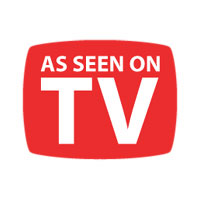 Recently, I spoke on a panel at the major Infomercial/DRTV Trade Show, known as the ERA Show, which was held in Las Vegas. The topic of my panel was “Obliterating The Myth That Kid’s Products Don’t Sell On TV.”


One of the questions asked was incredibly insightful and I thought that it was worthy topic for my monthly article. The question…  “After so many marketers have tried and failed to target a demographic that cannot purchase on their own and that do not have credit cards, how did you crack the code to get DRTV for Kid’s Products to work?” I’ll let you know how I answered the question momentarily but first some background…..

When I started working on my first kids campaign in 2006 for the Rocket Fishing Rod, I put together a high perceived value offer; I shot, what I thought was a really fun commercial, packed with compelling demonstrations and I had set up a strong backend to ensure we captured and processed orders. I planned media to target parents, fishing/sports & kids programming. But until we tested, I just could not know if the creative would generate response and if it did, from where?

Its important to point out that whenever I launch a campaign, I test a variety media targets to determine what stations and demographics will generate the best response. And then we invest more in those stations with the strongest response.

We launched our campaign for the Rocket Fishing Rod and the results were conclusive. The product was a huge hit, generating fantastic CPO’s & MER’s….. and when it got to retail, tremendous uplift. What was most interesting was that the strongest response came from one source…. Kids Networks.

Using the same methodology, I subsequently launched a number of campaigns for other kid’s products/brands like Moon Sand, Havoc Heli, Pixos, Bugville Live Butterfly Garden & many, many more… And while non kids media worked for some campaigns, by and large, for products targeting kids 4+, Kids Networks (over and over again) generated the strongest response. In a round about way, this also led to the answer to the question posed to me on my panel a few weeks back….

I had cracked the code by realizing the Golden Rule, that Kids play a very critical role in the purchase decision making cycle. When kids see something they like, they let their parents know. And ultimately this leads their parents to either call in or log on to order directly, or to purchase at retail stores.

While it may seem so obvious, when reviewing new product opportunities, developing strategy & producing creative, I always keep that Golden Rule in the back of my mind. If your company is considering DRTV, you should as well!