Eric Zimmerman is a game designer, artist, academic, and writer who has been working in the game industry passionately for more than 16 years creating dozens of games of all kinds, from massively multiplayer online games to physical games designed for galleries and museums to card and board games. He has taught at schools like MIT, NYU, and Parsons School of Design.  In addition, he's written about game design in books like Rules of Play, co-authored with Katie Salen, considered a standard textbook for game design. I met Eric some years back at a get-together I host during NYTF not knowing his amazing background at the time. It is his most recent work that I asked him to share with us – his recent collaboration with architect Nathalie Pozzi at the Museum of Modern Art. Reviews of this work include The Observer, The Paris Review and The New Yorker. He agreed to share his experience with us – thank you, Eric! 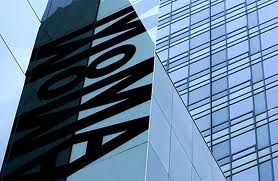 Eric: “I have been working as a game designer for almost 20 years – since I finished grad school – and I’ve always tried to find strange and interesting places within the game industry. For nine years I ran Gamelab, a company that created online games like Diner Dash before the term “casual games” existed. I’ve made MacArthur grant-funded games for kids, created dozens of real-world conference games played by hundreds or thousands of players, and this fall I have a game coming out for Xbox Kinect I designed with Deepak Chopra. Over the last couple of years I have been exploring a new context for making games – museum and
gallery installations with architect Nathalie Pozzi. We have done four projects together since 2010, each one a room-sized (or larger) game that doesn’t involve any digital or electronic technology – just physical and social gameplay. Sixteen Tons is a social strategy game where players move very heavy pieces and bribe each other with real-world cash. Cross My Heart and Hope to Die was inspired by the myth of the Minotaur and involves a life-sized labyrinth made out of 20-foot high hanging fabric walls. In Flatlands, players debate the aesthetics of my collection of 200+ gameboards.

What I wanted to talk about today is our most recent project, Starry Heavens, which premiered a couple weeks ago at the Museum of Modern Art in New York City. (It was part of ARCADE, an exhibition curated by Kill Screen magazine.) Starry Heavens takes place on a life-sized gameboard of steel disks colored black, white, and gray and connected by white lines. One player – the Ruler – stands at the center of the playfield and calls out a color (black, white or gray). Players can move along a line to that color if they want. Then the ruler says “banish” and a player can touch an adjacent player on the shoulder. If two people touch you – if you get surrounded – you are banished and must leave the game. The players are all trying to overthrow the Ruler, and if you banish two other players and make it to the center, you become the new Ruler.

The Ruler, on the other hand, is trying to stay in power long enough to touch the heavens. The other physical element besides the steel plates underfoot is a canopy of gigantic helium-filled weather balloons above the players, ranging from six to twelve feet in diameter. Each turn the Ruler counts up one mark on a rope tied to the largest balloon, which is anchored above the center of the grid where the Ruler is standing. If the Ruler can reach the top mark, the Ruler wins and the game restarts with a new Ruler.

I have a lot to say about the design of Starry Heavens that made it an incredible learning experience for me.

Starry Heavens was only on exhibit for a single evening event – and we knew it was going to be very crowded. So I wanted to design a game that could work in the context of a party-like setting. One of the most unique aspects of Starry Heavens is that the game doesn’t have a beginning or end – players get banished by other players, but they can jump back in at any time. The Ruler can win the game, but this is very rare by design (it only happened two or three times). The fact that players can start at any time, rather than waiting for a new game to begin, lets players design their own interaction with the game – you can watch for a long time before starting, jump in and learn as you go, play just once or many times in rapid succession, etc. This “rolling entry” game design structure helped make the game succeed and also encouraged repeat play. Many players cited the game’s ease of entry as contributing to its “just one more time” addictive feeling.

Any real-world non-tabletop game always has a problem of time. If players can move in real-time, the game quickly becomes a sport, with competitive players trying to move the most quickly, and body-checking others if they can. If it is turn-based, with players waiting for their turn, then inevitably some highly strategic player will take a long time to make a move, slowing things down for everyone. The design of Starry Heavens solves this problem by having the Ruler call out colors and set the pace of the game. Everyone moves together, and the game becomes something of a dance, with players stepping in unison. If two players both move to the same space, they move back where they came from, and graph theory (no two of the same colors touch on the grid) means that there isn’t any double-bumping resulting from players stepping back. Having the Ruler set the pace not only solved the time problem, but also created a great waltz-like spectacle for those not playing.

The space of play

Although I’ve been writing about the game design so far, the projects I do with Nathalie Pozzi are full partnerships and really sit at the intersection of game design and architecture. Working with an architect lets me focus on the rules and player interaction, while Nathalie spearheads all of the materials design (although we both give each other plenty of feedback). I’ve learned from Nathalie to appreciate how much physical space shapes gameplay. In Sixteen Tons, for example, a high wall surrounds the players, which is crucial in making the game feel like an illicit betting pit. In Starry Heavens, the balloons floating overhead create a truly stunning space of play, helping cohere the temporary community of players and embodying the Kant quote which is the inspiration for the name – “The starry heavens above, the moral law within.” As a game designer I have a tendency to only care about aspects of the space that have a gameplay function, but Nathalie has helped teach me how the space – even when not required by the rules – has a tremendous impact on player emotion and interaction.

Even though Starry Heavens is a fairly abstract game, with only a few touches of content – the name
“Starry Heavens,” the Kant quotation, and game terms like “Ruler” and “banish,” for me it is still a narrative game. Starry Heavens embodies a kind of political moral fable about a self-deluding ruler who is obsessed with the vain act of touching the clouds while the kingdom’s subjects plot their own monarch’s destruction. Players themselves all have the same goal of overthrowing the Ruler, but to do so they have to work with and against each other, making temporary alliances to banish each other, only to backstab each other a few turns later. This makes the player interaction on the grid both strategic and social – and quite intense. As a game designer I am interested in the ways that games can express story through gameplay itself, rather than (or in concert with) words, images, and other more traditional forms of narrative.

Improvising with your players

The process of creating Starry Heavens involved a tremendous amount of playtesting. We played full-scale versions of the game at least 20 times, at each playtest running the game several times while trying out variations on gameplay. And in addition there were many tabletop prototypes as well. Through this iterative process, the game evolved tremendously. Collaborating with your players to diagnose gameplay problems and brainstorm solutions is one of the unique pleasures of game design, and I want to thank the hundreds of playtesters who contributed mightily to Starry Heavens. It’s a wonderfully ego-humbling experience to see your “great ideas” shattered to pieces over and over during playtesting, but in the end it is all about trusting the iterative process.

Players teaching each other

On the day of the exhibition, we managed to install the game with a small team of helpers and get it running. The only hitch was the rules display. We had worked long and hard to write and design rules (testing them at each playtest for learning curve and clarity) and it turned out that the museum display of the rules was too small and not well-lit. In short, they were unreadable. Our solution was to teach players the game as they approached, but after less than an hour of this, we noticed something happening: players were teaching each other how to play. After a critical mass of repeat players took hold, players were actively recruiting and teaching other players, encouraging them to jump in and giving them tips throughout the game. It was a great example of a player community forming around Starry Heavens and a great relief. Many of the elements I mentioned above (the enclosing space, the social gameplay, the ability to replay) helped form this community and it reiterated a lesson for me about designing not just for a single play but for the lifetime of a game – in this case the entire length of the exhibition.

Nathalie Pozzi and I are beginning work on some new projects, including a game that uses 19th Century roof tiles as the game pieces, and other meant to be played at meals using specially designed dishes. One of these days I am hoping Nathalie and I can mount an exhibition of all of our large-scale game work in one place.