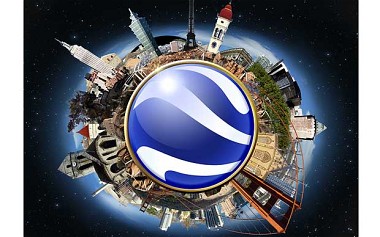 Over the past year, I've been using my Canadian Gamer blog to raise awareness among retailers here in Canada about the local stories behind so many of the wonderful games on their store shelves. I'm constantly surprised by how few retailers are aware of the Canadian connections behind popular mass market games such as Trivial Pursuit, Yahtzee, Bakugan, Crokinole, Quarriors, Villa Paletti, and Things, let alone the flurry of Canadian-designed and -published games active in the hobby market.

It's not that retailers are uninterested – far from it! After all, sales and marketing thrives on a good yarn and a personal connection. But it takes a lot of time and energy to discover, aggregate, and make sense of all that information and the industry in Canada has very few truly national organizations capable of doing so. What's more, efforts are often complicated by barriers of geography and language, resulting in an understandable tendency toward regionalism.

The French-speaking province of Quebec is home to a vibrant games scene, for instance, and I've heard multiple tales of local publishers selling 50,000 units of a game in the Quebec market alone only to watch their English-language editions struggle to find sales & distribution in the rest of Canada. Meanwhile, publishers on the west coast often find it hard to justify the expense of attending conventions and trade shows in far-off Toronto when larger opportunities exist at a similar cost south of the border. As a result, many members of the Canadian game industry only ever meet each other on foreign soil and, when they do, many don't even realize until they exchange business cards that they're talking to a fellow Canadian.

Despite the challenges, the Canadian game industry continues to innovate and grow. My research for the Canadian Heritage Collection has turned up over 300 independent board game retailers in the country, along with 25 publishers and 50 published designers. Before the year is out, somewhere between 25-30 brand new Canadian-designed and -published games will be on store shelves, vying for customers both here at home and around the world (and I'm always discovering more that slipped beneath my radar or fell between the cracks). Canada's hardly alone in having national treasures worth celebrating, however. I'm curious to hear how things are in your neck of the woods, be it your city, your state, your country, your continent. Are you aware of the game publishers and game designers that call your area home? Are there local conventions or trade shows that you enjoy attending? Who are some of your hometown heroes in the toy and game industry?

Go ahead – spin us a good yarn and let's build those all-important personal connections that lie at the heart of this wonderful industry.