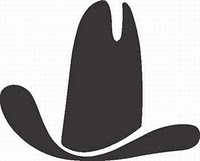 I am heading home after a good trip to Dallas for this year’s Fall Toy Preview.  Overall, I would judge the industry to be emotionally recovered from a burst of pessimism in the early summer.  It appears that retail sales have been trending up the last two months and as a result so are the moods of the toy industry.

Trying to eyeball attendance at this show is, however, challenging because it is spread out over multiple floors.  This means that you may be on a floor that appears nearly empty while there is a lot of activity one level down.

tables (more abundant than in the past).  In addition I relied on direct and overheard conversations with exhibitors and reps (complaints about lower attendance) to come to the conclusion that attendance was down from last year.

Interestingly, however, most reps were very satisfied with their number of appointments.  It seems that the absence of some of the larger toy companies (Spin Master, Mattel, JAKKS, etc. did not exhibit) opened up more time for buyers to spend visiting smaller companies.

Even more interestingly to me was the far heavier activity on the show’s final day.  Typically the last day is slow with many trying to get out of town early.  This year, I was surprised at the number of attendees who had full schedules on Thursday and were not heading home until late Thursday night and Friday morning.  I actually heard stories of buyers extending their stays this year.

So, bottom line, it would appear that attendance may have been down but activity was up by those who did attend.  But what about this year’s show experience from an end user point of view.  That in my next posting.