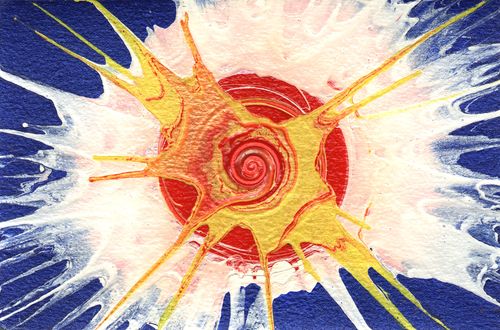 This is the last of a terrific 3 part series of articles by Rob Bartel.  Rob Bartel is a veteran designer and producer of video games with Electronic Arts’ BioWare studio.   Rob is uniquely qualified to write this series as he recently expanded into board game design with Two by Two, a light family game published by Valley Games. A passionate advocate for the board game industry, Rob helped found two national initiatives – the Game Artisans of Canada and the Canadian Heritage Collection. His newest endeavor is the Famous Games Company, an innovative provider of promotional card games for the sports marketing industry.

Parts I and II of our When Games Explode series examined how digital games have followed a remarkably similar historical trajectory as tangible board and card games. We also explored how video games took the lead in that relationship, reaching a cultural tipping point in 2007 that saw them embraced by the mainstream in the form of casual games on iPhones, Facebook, and the Wii. Part III concludes the series with a look at how we’re currently building toward that tipping point in the tangible games industry, evidence that suggests we’ll enter that tipping point in the fall of 2011, and what we can expect the landscape to look like on the other side. It’s a good theory but where are the facts? Consider the following:

The tipping point caught the traditional video game companies unaware. Coupled with the 2007 credit crunch and subsequent recession, traditional video games saw multiple years of steep double-digit sales declines in their traditional channels while industry researchers struggled to quantify the value of the new iPhone and Facebook platforms. Today, the share prices of most American business sectors have recovered but not those of the video game industry. Electronic Arts shares, which had hovered around the $50-$60 mark since late 2003, suddenly dove to under $20 in 2008 where they’ve remained until very recently. The other major publishers fared similarly. The picture is decidedly different in the physical games industry, however. In 2007, Inc.com included independent board game publishers Rio Grande (86.4% growth) and Fantasy Flight (125.3% growth) among America’s fastest growing companies. Online retailer Boardgames.com (124.5% growth) made the list in 2008 and Fantasy Flight returned in 2009 with 174.1% growth. These are exceptional cases but the trend holds true at the broader level as well. CNNMoney reported that, as an entire category, board and card games saw a 23.5% growth in sales in 2008, comparable to the remarkable 23.4% return offered by gold bullion in 2009. In 2008, the US dollar return on gold bullion had only been 5.6%.

Evidence of the market shift can also be found in purchase intent surveys. A 2009 Harris purchase

PREDICTION #1: The 2011 Harris poll will confirm that tangible games have overtaken video games for the average adult North American consumer.

A New Kind of Game

So, if we’ve determined that people are buying more board and card games, doesn’t that simply mean that they’re buying more games in the existing childhood and teenage style? Yes and no. The dominant publisher of traditional children’s games, Hasbro, reported a 12% decrease in game sales this summer, a crisis they’re attempting to address via layoffs, restructuring, and the creation of a “Center of Excellence” in Rhode Island. Teen-oriented publisher Fantasy Flight has built much of its rapid ascent on the back of science fiction-, fantasy-, and horror-based settings and sells through an extensive network of independent comic book stores. Due to the high price points, lengthy playing times, and significant complexity of their games, however, they have been struggling to break into the wider mass market. Far from American shores, however, a new approach to board and card game design has emerged out of Germany where they have gained mainstream acceptance. These so-called “Euro Games” generally have simple rules, playing times of 90 minutes or less, indirect player interaction and attractive physical components. They emphasize strategy but play down luck and conflict, prefer whimsical or historical themes to ones based in science fiction, fantasy, horror, or war, and keep all the players in the game until it ends. As a result, they appeal to a wide range of ages and their audience includes casual gamers, who play with family and friends, as well as more serious hobby gamers.

The best-known example of this style is a 1995 board game called Settlers of Catan. It has sold over 15 million copies worldwide and is now the fastest-growing board game in the United States. It sold 100,000 copies here in 2007, doubled to 200,000 a year in 2008, shipped the millionth copy in 2010, and is expected to sell a million copies here a year, beginning in 2013. A new wave of American publishers has emerged, with some of them, such as the fast-growing Rio Grande, getting their start as importers and translators of these German games. Even more important, the design philosophy they represent is also taking root: Ticket to Ride, a popular Euro-style game both invented and published in the US in 2004, went on to win that year’s coveted Spiel des Jahres (“Game of the Year”) award in Germany. American publishers are publishing new designs from European designers and European publishers are doing the same for a talented new generation of designers from North America. As of yet, none of these domestic or foreign publishers have been acquired by Hasbro.

PREDICTION #2: Within North America, annual sales of Settlers of Catan will soon surpass that of Monopoly. By virtue of their strong international roots, multi-generational appeal, and compelling design philosophy, Euro-style games will ultimately become the dominant style of large-box game on the market.

Board Games in Popular Culture

Like the Nintendo Wii that sparked the beginnings of the digital tipping point in 2007, tangible games are beginning to figure more and more prominently in schools, libraries, book stores, clinical practices, airports, cruise ships, and the night life and dating scenes. An ever-growing list of famous people are playing these games off-set, on tour, between sporting events, and at home with their families. Some, like actresses Darryl Hannah and Hilary Shepard Turner, aren’t just consumers of games but are actively designing and promoting their own creations. Meanwhile, the World Series of Poker has more entrants than the average US Open, PGA Tour, or FIFA World Cup game has spectators and pays its winners more than the Indy 500.

In late 2009, the Wall Street Journal ran an article describing how Settlers of Catan has gone viral in Silicon Valley and is replacing golf as the preferred social lubricant for big business deals in the tech sector. Popular tech culture magazine, Wired, frequently runs board games reviews (including a very flattering review of one of my own designs) on their blog. Their UK March 2010 issue included a passionately written and fascinatingly in-depth 3-page article on the history, strategy, and psychology of a simple card game called Werewolf. Where does the article begin? With a gathering of prominent tech executives, playing the game in a Silicon Valley boardroom. As the article goes on to say:

Werewolf… has infected almost every significant tech event around the world, from the informal Foo Camp conferences run by O’Reilly [Media] to the music, film and interactive-media crossover of South By Southwest (SXSW). During lunch at San Francisco’s giant Game Developers Conference, or in the bars after closing at ETech, games of Werewolf break out spontaneously.

Indeed, Silicon Valley is the new arbiter of cool in this modern age, and home to a new generation of compelling lifestyle brands. Despite (or perhaps even because of) the apparent contradiction, it’s clear that the high-tech world is very much enamored with the low-tech and retro world of board and card games.

PREDICTION #3: The tipping point isn’t simply coming – it has already begun. Mainstream engagement with tangible games is already spreading outwards from prominent trend setters within the tech and entertainment industries. By 2015, we’ll be able to look back at this year as the beginning of a fundamental shift in the tangible games industry here in North America.

If the tipping point for tangible games mirrors that of the digital game industry, we can expect the leading tangible games to exhibit the following traits: