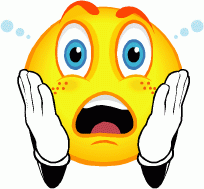 A few weeks ago, I wrote a piece entitled “Kmart, Toys R Us, Lay Away and the Dollar General Shopper.” In it, I spoke about Kmart’s advantage over Wal-Mart in offering a lay-away program to shoppers who want to be able to pay for their purchase closer to their actual use date.  In other words, why pay for that great new sweater in August when you aren’t really going to need it until October.  By using lay-away, you get that sweater before it sells out but you don’t have to pay for it until you really need it.

I wrote that, in a struggling economy, shoppers are less likely to anticipate seasons by buying early.  That gave Kmart an advantage over retailers who did not offer lay-away.

Well, Wal-Mart figured that out as well.  According to the New York Times,

“Wal-Mart said on Thursday that it planned to bring back its layaway payment plan for the holidays, an indication that shoppers at the nation’s largest retailer were feeling more and more strapped.”

The article notes that Wal-Mart is suddenly a follower.  “The other retailers’ jump on layaway puts Wal-Mart into the unusual position of being a holiday season follower…[W]ith nine consecutive quarters of declining same-store sales in the United States, and having said that improving those sales is a central focus, Wal-Mart is struggling to figure out how to get its consumers to spend.”

Wal-Mart appears to be still trying to figure out a strategy for economically tough times.  After all, they know better than anyone that the American consumer is more careful with a dollar…or do they?