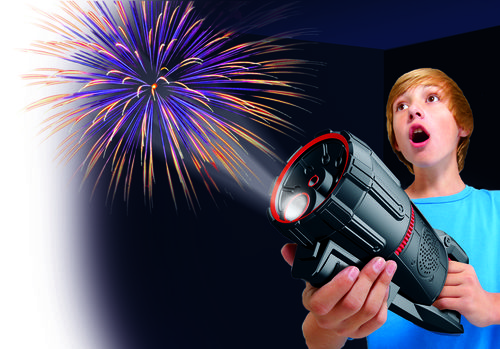 Making science fun and accessible for kids is not just an experiment over at Uncle Milton, but a winning formula that has created innovative products bubbling over with a wow factor.

But science wasn't always in the equation for the 65-year-old company. In fact, when founders and former World War II soldiers Milton Levine and Joe Cossman created the company in Pittsburgh in 1946, it was essentially a mail order novelty company peddling “100 soldiers for a dollar” packs, plastic shrunken heads and a potato shooting “Spud Gun." Its main source of advertising was on the backs of comic books.

That all changed during a July 4th family BBQ in the San Fernando Valley in 1956 when the idea for Ant Farm was hatched. After Milton bought Joe's interest out in 1966, he thought it would be fun to be the “UNCLE” to his Ant Farm business that just celebrated its 10th anniversary, and the company was renamed Uncle Milton Industries.

Fast forward 55 years and 20 million units later and its flagship brand has recently been retooled via a licensing deal with Will Wright, creator of The Sims and a futurist who is intrigued by ants.

"Ant Farm meets lava lamp" is how president Frank Adler describes the new Ant Farm Revolution which lets kids watch as the ants sculpt their gel habitat into a 360° work of art. Kids can also watch the giant shadows of the ants cast on the ceiling. 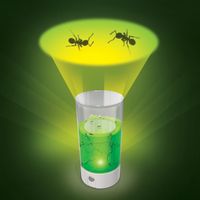 But this Uncle is about much more than just ants. The company has "accelerated its product development ten-fold over the last year," confides Alder. "We are introducing 30 new products this year in order to support our organic and licensed brands."

Fostering kids' love of science is definitely the impetus behind much of its product portfolio with newcomer Fireworks Light Show joining its other In My Room products including Moon In My Room, Rainbow In My Room and Shooting Stars In My Room. Just hitting shelves, Fireworks Light Show features a hand-held launcher that triggers firework light and sound effects that burst and expand on the walls. Also big for the company is its 3D Star Theatre which turns a kids' room into a 3D planetarium as they watch stars, constellations, planets and more projected on their ceiling or walls.

"The cornerstone of our company is innovation. It has been this innovation over the past decade or so that has led to our growth and position in the marketplace. I'm proud of what we've accomplished and take pride in the fact that we are giving kids a fun and educational entertainment choice," says Adler.