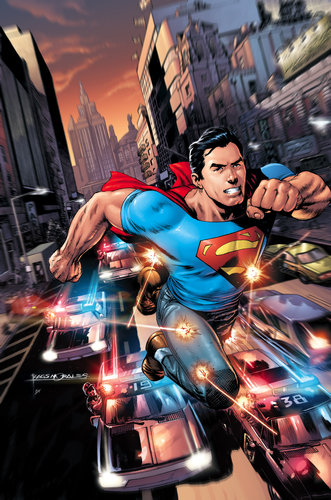 The toy industry has for years had a close relationship with comic books.  Countless action figures have been sold of Spiderman, Batman and a host of costumed characters.  So it caught my eye when I saw that DC Comics was making massive changes to its fantasy universe…again.

According to the New York Times in a piece entitled “Heroes Take Flight Again:”  “…[t]he publisher is resetting all 52 of its continuing series… and using the opportunity to revise or jettison decades of continuity in the heroes’ fictional lives.”

It may be, however, that this latest attempt may be a last ditch stand to prevent the company from going under.  Here is how the article puts it:

Apparently, DC is getting desperate.  In an entertainment industry that is perpetually looking to breathe new life into old properties, and that has planned several years of movies and multimedia projects about back-to-basics superheroes, this revisionist strategy could determine “whether or not DC Comics, as a comic-book publishing company, will continue in the future,” said Rich Johnston, a blogger who covers the comics business for the Web site Bleeding Cool.  “There’s an awful lot at stake here, and that’s why they’ve thrown everything and the kitchen sink at this.”

Still, what DC is doing shows a lack of creativity.   As the article puts it:  “… the increasing number of entertainment franchises that apply a back-to-basics approach to comic book characters is suggesting a paucity of original ideas.”

I am rooting for DC to succeed, as much from sentimentality as anything else.  They will, however, have to figure out how to sell their universe in ways that old ink on paper creators only could have envisioned in their most feverish depictions of the future.

DC Comics will live or die on its ability to create great new stories; great new characters and make them vital in a world of digital media.  No amount of Superman flying around the earth backwards will make time reverse.