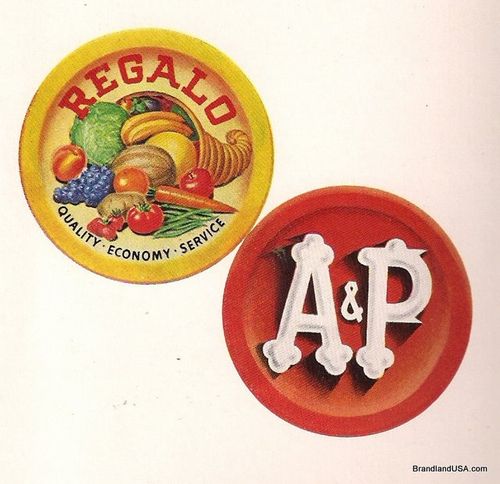 There is a new book out on the original power retailer, A&P.  The book, by Marc Levinson, is titled "The Great A&P and the Struggle for Small Business in America."  For those of you who are unfamiliar with A&P or only know it as a tremendously downsized version of its former glory; A&P in its day was as big…no, bigger than Wal-Mart.

A&P, founded in 1884, eventually grew to have almost 16,000 stores.  It used its enormous purchasing power (sound familiar?) to put thousands of small retailers out of business (sound even more familiar?).  A&P, like Wal-Mart today, was not doing anything other than following the practice of using volume and efficiency to drive down costs.

Now down to just over 300 stores, it is hard  to imagine that A&P was once so powerful that they opened 7 new stores a day (sounds like Dollar General doesn’t it?) and the courts as well as Congress looked at breaking the company up because they were able to put so much pressure on suppliers.

So, what happened to A&P?  For one, the company was originally dominated by its founders, the Hartford family, who had a clear vision for the company.   The last of the direct descendants died in the 1950’s and with them went the dynamism that had grown the chain.  The company’s new management made a series of poor decisions (they didn’t carry non-food items like toothpaste for one) and ceased to be aggressive.

Like A&P, Wal-Mart was dominated by the Walton family.  Wal-Mart has struggled the last few years due to, at least in part, some mistakes.  A founder’s vision is supposed to be good for only about 20 years; then it wears off.    Sam passed away in 1992 so a comparison between the two companies at least on that part seems reasonable.

A&P didn’t think that their customers wanted to find toothpaste in a grocery store.  Wal-Mart thought they could similarly choose which their customers should want.  It didn’t turn out so well either time.

The ultimate lesson that we should all learn from A&P is ultimately that nothing lasts forever.  All things do fall apart.

So, it’s time to pull out the old poetry book (stop groaning) and quote the words of Percy Bysshe Shelly in his poem Ozymandias.   Shelly writes of a traveler who stumbles upon a monument that has fallen to pieces and is now consumed by the desert.  The monument is to Ozymandias, who once ruled the known world:

"My name is Ozymandias, king of kings:
Look on my works, ye Mighty, and despair!"
Nothing beside remains: round the decay
Of that colossal wreck, boundless and bare,
The lone and level sands stretch far away.