Laila Caroli is an Italian journalist who follows the toy industry through Giochi & Giocattoli and Il Giornale dell’Infanzia, Sfera Editore (RCS). Laila is involved with the International Street Games Festival which will take place from September 23rd through the 25th in Tocati, Italy. In a world in which so much attention is focused on increasingly new platforms for play, I thought we would all benefit from learning how one city, Verona, truly celebrates traditional forms of play.  I asked Laila to write us a posting about the event and here is her article: 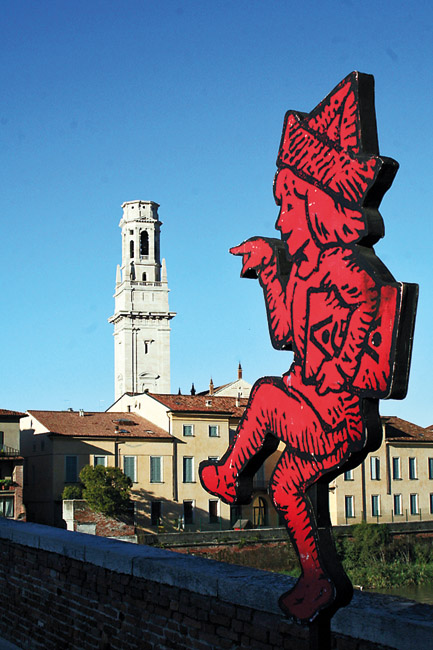 In a world in which so many toys and games consist of wires and buttons, there are still games made up only of bodies, wooden sticks, balls, stones and / or ropes.  These heritage games are featured at the 9th edition of the International Street Games Festival – Tocatì (23rd – 25th September, 2011), organised by Associazione Giochi Antichi with the collaboration and the support of the Municipality of Verona – Culture Department and the International Traditional Sports and Games Association (ITSGA).

Every year, groups of passionate players come to Italy, the town of Romeo and Juliet, to share for eight hours a day, the customs, music, traditions and ancestral games of their home countries and regions.  Players participate in almost fifty games taking place in a 200,000 square meter area right in the heart of Verona.  All traffic is stopped as traditional games are played that are not just appropriate to urban spaces but are sustainable and environmentally friendly.

Under the watchful eye of toy manufacturers, last year’s festival attracted over 250,000 visitors. Piazza dei Signori Square will be renamed for the occasion “World Square” and the public will be given the opportunity to explore the cultural and artistic traditions of four different continents. Among the international games played will be the renowned Brazilian art form Capoeira, the martial art Kabubu (Democratic Republic of Congo), El Matreg (an Algerian art form where long sticks are used to fight), Rope Skipping (a Taiwanese acrobatic rope skipping), Zurkhaneh (an Iranian rite with Persian roots), Ulama de Cadera (a Mexican ball game handed down from the Aztecs), the Swedish Varpa (played with a flying tool game) and La Malha (Portugal skittles).

The public will be able to participate in the games and learn more about them thanks to the professional players, who will be available to share their passion and instruct new players in how to play.  In these times of economic challenge, there is still an alternative to pay to play.  Come to Verona and see how a city has turned itself into a center for clean, renewable play.  Play that is the model for the entire toy industry.