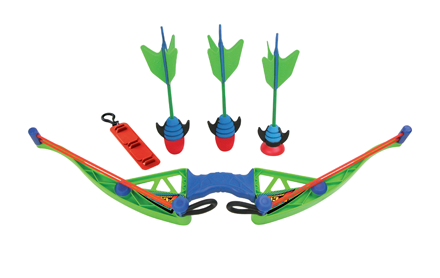 What's in a name?

A lot, if you're referring to Zing Toys whose unique mix of cool novelty must-haves as well as exciting kid-powered outdoor action toys are lively, animated and filled with zest, zip and yes, if you will, zing.

The letter "Z" figures prominently in its foam heavy product line-up with Z-Curve Bow, Zyclone, Zooperball, Zartz, Zing-Shot Launcher and Zip-bak Bow just a sampling of its homage to the 26th letter of the alphabet. Interestingly, it was co-founder Pete Cummings' love of the use of "zed" that served as the inspiration for the name of the company he founded along with Steve Walterscheid.

When the duo partnered back in 2007, Cummings already owned the Banks, Ore.-based toy company OzWest, while Walterscheid was a frustrated toy/gift inventor looking to bring some uniqueness to the toy industry. The company's first two products, Zeebeez and Flip'n Stack, were met with a great response and gave the pair the confidence to forge forward. Soon thereafter, Zing began distributing OzWest products including RoomaRang, its very popular soft indoor boomarang that is still a company mainstay today.

Fast forward four years and Zing has tweaked its focus from creating impulse-driven novelty items to "designing innovative products that will get kids to turn off the video games and TV and get outside and be active," says sales manager Josh Loerzel who wears many hats and has managed its mass market relationships and overseen its in-house sales staff and outside reps since 2009.

The new formula is definitely working as the company has consistently doubled sales over the past few years careful to keep the brand synonymous with form, function and most of all, fun, says Loerzel. Both owners are still very much involved with Walterscheid focused on toys with novel functions and Cummings occupied with foam flying active play toys and product production. 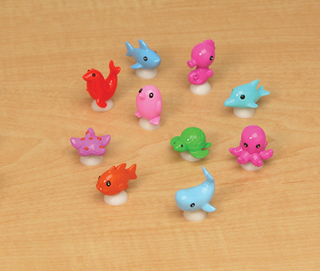 The next big thing are ickee stikeez, a line of 24 collectible squishy monsters with suction cups encased in plastic balls that pop when dropped. Each blind pack comes with three figures and collectible coins with codes that can be entered on its website. The line recently launched in Europe and the US; next up is Italy, Germany, the UK and Australia in September.

No doubt the future looks bright for the small growing company that will undoubtedly keep adding Zing to an exciting line-up of toys for many selling seasons ahead.