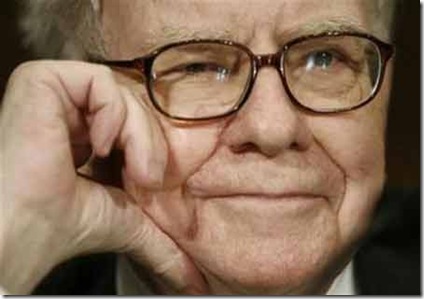 Last week I wrote a posting on “The Rise of the Dollar General Shopper.”  In it, I made the point that as consumers struggle; they become more like those shoppers with the least spending power and postpone purchases until they are absolutely needed.

Well it appears that Warren Buffett, the richest man in the world, thinks that Dollar General is on to something as well. "Warren Buffett Goes Bargain Hunting; Adds Dollar General"  He and his Berkshire Hathaway group just added Dollar General to their portfolio of companies.  They obviously like low prices as that is the purported reason for the purchase.  Buffett saw Dollar General as undervalued and consequently made them Berkshire’s only new position.

Forbes in its August 15, 2011 article:  also reveals that “Buffett is not the only billionaire playing in the dollar-store space. Nelson Peltz’s Trian Partners acquired an 8% stake in Family Dollar prior to making an offer to take the company private.

It looks like a good time to be in the low end of the retailing market.