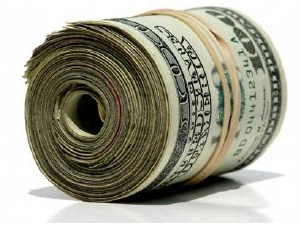 I once compared the MGA / Mattel trial to Bleak House, the Charles Dickens novel about a 100 year trial.  Well this one hasn’t lasted quite that long (although it seems like it) but it continues to unroll in a startlingly different pattern then one would anticipate.

A federal judge ruled Thursday (August 4, 2011) that Mattel must pay MGA $309 million in damages.  This is a major increase from the $88 million previously awarded by a jury.  In case you have not been following the trial, Mattel sued MGA for stealing what it considered to be its intellectual property (the Bratz dolls).  Mattel charged that a former employee, Carter Bryant, created the dolls while working for the company.     Under the Mattel employee contract, anything Bryant came up with while employed by Mattel belonged to Mattel.

The justice system works slowly and sometimes bizarrely.  In 2008, a jury ruled that Mattel was damaged and awarded the company $100 million dollars plus the rights to the Bratz line.  The case was appealed by MGA and as a result the decision was overturned.  On April 21, 2011 a new jury awarded MGA $88 million plus the rights to Bratz–a complete reversal.

We don’t know yet if Mattel will appeal or be done with it and move on.  It does appear, however, that MGA is going to walk away with a wad of cash so the question I have for Isaac Larian is:  “What are you going to do with that money?”

I am sure that a lot of that money will go to pay legal fees and offset some of the loss in Bratz brand value.  He will, however, be in a position to put some muscle behind his products and increase his market share, shelf space and industry as well as consumer mind share.

So, as you continue to follow MGA’s fortunes follow the money and see what is done with it.  It should be interesting.