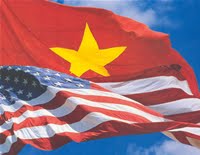 I will be attending “China Toy Expo 2011.”  It will take place in Shanghai from October 12-14, 2011, running concurrently with the Chinese “International Licensing Show.”  I am excited to be going as I expect it to afford me a more powerful understanding of where the relationship between the Chinese and American toy industries is heading.

For the last decade, a great deal of conversation has centered on the question:  “Where will the toy industry go next for manufacturing; will it be Viet Nam, Eastern Europe or even home?”  The question arises from the realization that China is rapidly moving out of the sweet spot that allows developing nations to provide products at lowest cost.  Japan, Taiwan and Hong Kong all went through this phase of their development and now its China’s turn.

As I have written here before, this time it’s different.  China’s advantage has moved from being a low cost provider to having an unmatched toy production infrastructure.  There is simply no country in the world remotely prepared to take on the task of creating all of those toys.  China has unmatched roads, factories and a working population.

So, I think the “what happens after China?” question is no longer the right one to ask.  Rather, we may want to start asking: Where is Chinese wealth going to flow and what impact will it have on American and European toy companies?

Let me explain; China now controls an enormous amount of wealth.  That capital is being used to fuel the expansion of the Chinese economy.  What if Chinese toy companies decide that they no longer want to limit themselves to production?  What if they want to purchase or invest in US toy companies?

There are two economic forces coming together in China that may force them to that conclusion:  Access to capital and a squeeze on profits.  I will consider each of these in my next blog posting.