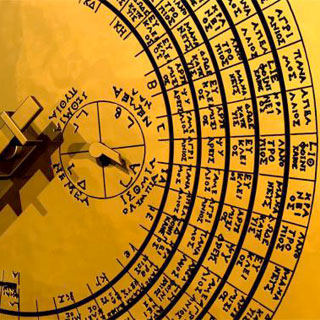 I love it when I stumble upon the use of a toy as a means of serious art or research.  That’s why my eyes lit up when I discovered an article in the last page of Archaeology magazine (March/April 2011) about the use of Lego Technic to reconstruct the Antikythera Mechanism.

No, no, no, don‘t stop reading…this is cool.  The Antikythera Mechanism is a computer created in the second century B.C.  Discovered a hundred years ago by sponge divers off the island of Antikythera (hence the name) it has baffled researchers as to its purpose.  It is now believed to have been used to calculate the movement of the stars and planets.

Now, thanks to Andrew Carol and Lego Technic we have a better idea of what it looked like and how it worked.  He used more than 1500 Lego pieces to replicate its gears and other parts.  Though not as accurate as the original which could calculate an eclipse to within 12 hours (the Lego version does it in 12) it is an impressive achievement.  Good for you Andrew Carol; good for you Lego; good for you toy industry.