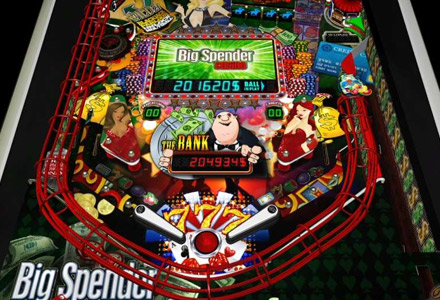 I can still remember being a sweaty little six year old kid, standing in the unconditioned arcade at the amusement park and watching a teenager play pinball.  It was an incredible experience watching man and machine become one as he flipped, bumped and kicked his way towards what was to me a mind shattering score.  Imagine the steel ball flying crazily off the plunger; the sound of the bells ringing after each successful bumper recoil; the flat wooden “bunk” sound when the ball finally failed in its task and ended the game…until you pulled the plunger again and shot that next ball.

I wanted to play so I naively asked the guy playing, who I did not know and with whom I had not even spoken, to lend me 25 cents.  He looked at me like I was crazy and feeling justifiably “dissed by this king of pinball” I slunk off to watch yet another player work his magic.

Excuse me for that little walk down memory lane but all of this came back to me as I read about the closing of the recently opened Pinball Museum in Washington DC.  The New York Times article entitled, “The Old Bing, Bing, Bing, at Full Tilt,” was written by Edward Rothstein and was a fascinating read.

Let me assert here that there is no connection between my love of pinball and my name.  One of the most notable makers of pinball machines was the Gottlieb Company.  (Alas, there is sadly no relationship between this writer and David Gottlieb, the creator of the company, but I always took a quiet pride in sharing the name.)

Though the Georgetown Pinball Museum is closing there are others:  Alameda, Calif.; Asbury Park, N.J.; Las Vegas; and Paris.  If you have never played pinball, I suggest that you try.  You will see, feel, hear and move with what mechanical toys do at their best…provide a total sensory experience.

In my next posting, we will talk about what the toy industry can learn from pinball.