As you all know  I am fascinated by the impact of toys on adult behavior.  I was therefore delighted to receive an email from Sreedhari D. Desai, an assistant professor at the Kenan-Flagler Business School at the University of North Carolina, Chapel Hill; research fellow at the Edmond J. Safra Center for Ethics at Harvard University and a fellow at the Women and Public Policy Program at the Harvard Kennedy School.  Dr. Desai shared with me the research she has been doing on the impact of soft toys on adult ethical behavior.  Her research has received coverage in the Boston Globe.  At my request, she has kindly written the following piece for Global Toy News. 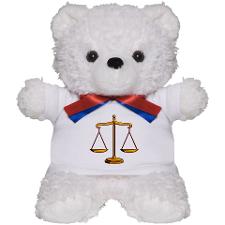 The infantilization of adults has been touted as a serious problem in recent times. Watching comic book movies such as Batman, anxiously awaiting the release of new video games and queuing up to buy Harry Potter books—all have been viewed as evidence of adults desiring to be like children, and therefore, problematic. But can these so-called infantilizing activities be the key to something better, such as promoting ethical behavior?

Past research suggests that, across several cultures, people link childhood to a state of innocence and moral purity.  It’s not exactly a mind-blowing thought.  Consider the fact that people often check their behavior in the presence of children.  They are less willing to swear, more prone to use the crosswalk, and less likely to use obscene gestures.   Given this intuition, we reasoned that objects associated with our childhood such as crayons and soft toys might activate thoughts of purity and thus motivate people to behave more ethically.

Rather than relying on the presence of an actual child, my co-author, Francesca Gino and I wanted to see if we could achieve a similar effect through the use of objects that simply evoke the idea of childhood. We found that the presence of such objects had a significant effect on the ethical behavior of participants in our studies.  In one experiment, people who watched an animated nursery rhyme cheated less on math puzzles than those individuals that did not see the animation.  In another experiment, people were asked to evaluate two different products: a soft toy and a stylish paperclip.  They were then asked to play a game where deception could be a very successful strategy.  Those that evaluated the soft toy were less likely to deceive their opponents.  In two other experiments, people who spent time drawing a cartoon or free-drawing were more likely to behave generously towards others.  In another experiment we found that when subjects played with a soft toy or drew with colored markers, they were more likely to create moral words on word completion tasks (for example, V_R_T__ would be filled in by subjects as Virtue as opposed to Vortex).

The next step was to see if our results would hold outside the lab (a common criticism of many psychology studies).  Therefore, we examined data compiled by KLD, a Boston based firm that evaluates organizations based upon their social responsibility—one way they do this is by determining how much the organization gives to charity.  We investigated whether the presence of daycare centers, nurseries, and kindergartens with a two mile radius of a firm’s headquarters would be related to its charitable giving.  We found that as the number facilities seeing to the care of children increased, so too did the firm’s engagement in charitable giving.

These findings raise the question whether grown-ups playing with a soft toy or getting excited about watching Shrek is such a bad thing after all. May be the world would be a better place if there were a teddy bear in the offices of our business and political leaders.