A six hour flight gives one plenty of time to think. 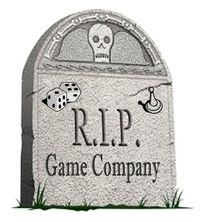 And on the way back from New York week before last, the thought that kept tugging at me was this: “What is the future of the traditional ‘Game Company’?”  Or better yet:  IS there a future?

This particular meeting in New York may have been a glimpse into what could be a very different future for the traditional game industry.  We met with a company that has absolutely no ties to our industry whatsoever.  No Toyfair presence.  No ASTRA membership.  They aren’t even a product company.  What they do, however, is bring over 1 million visitors to their site each month.  And they want to sell those visitors games – among other things.

So while the average “Game Company” struggles to sell 5,000 units of any new title in its first year, these folks could sell 10,000 units or more with very little effort.  And they have a great Brand, along with a very loyal consumer base.

All of which makes me wonder:  Will the next great game company not even be a “Game Company”, but a great Brandthat just happens to develop games?  After all, the most-played online games right now aren’t marketed by Hasbro or Mattel.  They’re brought to you by Facebook.   And Facebook is definitely not a game company.

The Games part of our industry presents a few major challenges to entry.  First off, it’s hugely capital intensive.  Hire a designer, developer, warehouse, and an admin, and you’re already in for $200 – $300k before selling one unit.  Add to that the cost of molds, tooling, and actual product, and you’ve got to have pretty deep pockets.

The second issue lies with the incumbents – Hasbro, Mattel, Spinmaster, etc.  Cranium was the last real effort at creating a new Brand to compete with the big guys.  It teetered at $60 million or so in sales, then virtually imploded under the weight of trying to be the third largest Game Company in the world.  Small companies just can’t compete when it boils right down to the scale and resource base that the big guys possess.

Finally, the retail funnel continues to get smaller.  Target and WalMart have both decreased their sku count in the game aisle, and other majors are rumored to follow suit.  With less retail space in traditional channels, it becomes even harder at retail to displace the safe bet offered by heavily promoted or licensed products.

And yet, families still play games and consumers still want to buy them.  Which means that someone will still make and sell them.  And who that will be in the years to come, will be anyone’s guess…