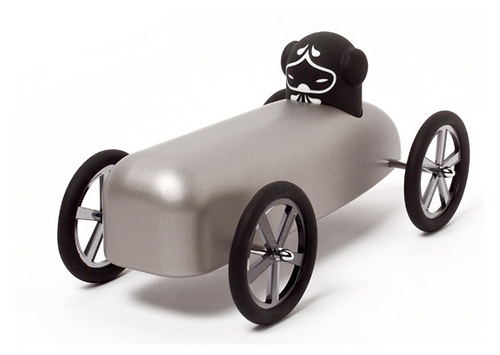 I have always found that when I visit a new place, I learn as much about it as I do about myself and where I am from.  What struck me in Spain was that the economy is far more on their minds than it is on ours.  Spain’s economy is the 12th largest in the world, has been struggling since the recession.  Prior to 2009, the country had experienced 16 consecutive years of growth.

Attendees at the AIJU conference which I attended spoke of consumers as unwilling or unable to spend more for toys even if they had new features.  Other attendees spoke of eking out growth despite the economy.

Rather than feeling down, I found attendees to be pragmatic about the situation and expecting things to turn around in the near future.  They reminded me of toy people around the world who I find to be highly resilient in the face of adversity.

The AIJU is Spain’s children’s products association and it offers far more than most associations.  It does original research and runs its own pre-school, whose function is to determine how children play.  I was struck by a fascinating study they did on coming trends in the infant / preschool

category.  Here is some of what I took away:

Market to the family

I found this notion to be very interesting.  The idea is that families have a lifestyle as a unit so try marketing to that lifestyle and aesthetic rather than the individual purchaser or end user.  Some examples cited were a teether that is so hip looking that the mother wears it as a necklace.  How about milk warmer that looks like an espresso machine or a baby bottle with a skull and bones on it so dads look hip as well?

Because people are moving to smaller homes, look for more products that fold away, are hidden or provide multiple uses.  Think of a potty that doubles as a stool (not sure how well that works in practice but it’s an item) or a high chair that folds away and can be tucked under a bed or behind a bookcase.

Look for products that are ergonomically designed to be easier on parents.  One example cited, was a stroller that had a special handle which made it possible for the adult to push from a more erect position.

I was familiar with the "Slow Food" movement which arose out of a European response to McDonalds.  It is all about taking the time to cook and eat slowly as well as the use of locally grown foods without the use of additives.  I was not, however, aware of the "Slow Parenting" movement.  That will be in my next posting.