A toy is a powerful thing.
This is shown in a recent study titled "Touching a Teddy Bear Mitigates Negative Effects of Social Exclusion to Increase Pro Social Behavior," from Social Psychological and Personality Science, and reported in the Wall Street Journal. 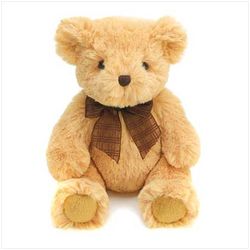 According to the study, people who were subjected to social rejection (and who of us hasn't, at least on occasion, been subjected to social rejection?) sought out more social interaction after touching a teddy bear than another group who saw but did not get to touch the teddy bear.
Just the act of holding a teddy bear changes how people react and interact with other people by 100%.
The positive power of toys on the individual, both child and adult, and on our society as a whole is little understood and even far less acknowledged.
To that end, there has been unpredictable and tumultuous weather across the Midwestern states in recent weeks. My heart goes out to all of those affected by the vicious tornadoes, floods, and storms that have ripped through our country.
I was touched by this story of survival from the town of Joplin because in it a family survives the killer tornado with the help of some toys. "As the tornado bore down on their trailer home, Joshua Wohlford, his pregnant girlfriend and their two toddlers fled to a Walmart store. The family narrowly escaped after a shelf of toys partially collapsed, forming a makeshift tent that shielded them."
Now that is a toy story. The Walmart toy department saved their lives. Hats off to Walmart for being a safe haven. I can only hope some of our toys might have been a part of that heroic effort.
Want to help out? Learn more here.