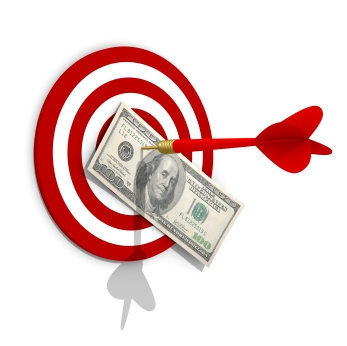 Those of you who read me regularly know that I see Wal-Mart’s continuing decline in same store sales as the result of a permanent shift in consumer buying habits.  Rather than a temporary decline in sales, I contend that big box retailers are losing consumers to the Internet in just enough numbers that they suffering a slow and inevitable decline.  This is a phenomenon that will only heighten in importance as the technologically savvy Millennial generation grows ever more important as consumers.

Lending support to my theory is the news that Target is suffering some of the same problems afflicting Wal-Mart.  Here is how a Wall Street Journal article, “More Target Than Tar-zhay?” puts it:

Target shoppers are stocking up on toilet paper and foodstuffs, but the stores are having a hard time enticing customers to spend money on stylish clothing and home goods—which are more profitable and make up more than 40% of annual sales. It was these apparel and decorating items—mixing mass with class—that set Target apart and allowed it to be one of the few discount chains to thrive against Wal-Mart Stores Inc.'s relentlessly low prices.

I think that part of what is happening is that as those who shop on line tend to be more affluent.  That means that as they shop from home instead of at bricks and mortar stores, retailers like Target and Wal-Mart are left with lower income, less sophisticated shoppers.  These folks are always going to be far more about food on the table and clothes on their backs than trendy fashions and home goods.

Special thanks to Steve Velte of RSV Productions for bringing the above Wall Street Journal article to my attention.