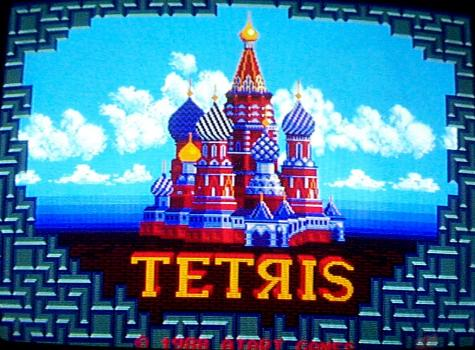 For newshounds who haven't had a chance to fetch the 911 on the industry's latest deals and new products, here's the scoop on some interesting tidbits that come on the heels of the Electronic Entertainment Expo, E3 (June 7-9) and the Licensing International Expo (June 14-16).

Tetris has been so popular in mobile paid downloads (132 million and counting) that Tetris Online Inc. is readying a new game for Nintendo 3DS in North America in October.  On the licensing end, the brand breaks out into new categories including board and card games, dice games, wall graphics, t-shirts, mugs and lottery tickets. Negotiations are underway for puzzles, Halloween costumes, headwear, accessories, candy and other consumables, watches, slot machines and furniture that nests together like the pieces of the Tetris game.

Plans for a Star Trek videogame are underway with Paramount Digital Entertainment combining forces with CBS Consumer Products. The game will be available for Xbox 360, PlayStation3 and Windows PC next year and is inspired by the 2009 film. Players are cast as Kirk and Spock who must work together to stop a legendary enemy race bent on conquering the galaxy.

Activision Publishing will make the Call of Duty: Black Ops Escalation content pack available for download from the PlayStation Store for the PS3 on June 10. Escalation has four all-new multiplayer maps, Hotel, Convoy, Zoo and Stockpile, along with Call of the Dead. The easy-to-fly GYRO controlled helicopter and ground turret enables two players to engage each other in air-to-land combat or one player to set the turret on autopilot to practice their flying and shooting skills.

Also destined to make a splash this summer is the KAOS Nemesis, a one-handed water balloon launcher from Imperial Toys that reaches up to 100ft with a simple flick of the wrist. The KAOS Nemesis has a large scoop top for quick reloads and comes with 25 balloons. Also headed to shelves is an 88-inch Little Tikes Ultimate Beach Ball Sprinkler which attaches to a standard water hose and sprays tons of water out of four sprayers as kids roll it around.

Finally, kudos to Prime Time Toys for receiving a Spring 2011 Parents’ Choice Fun Stuff Award for its Splash Bombs 8 PC Pool Party Pack filled with four different sponge balls, a football, Frisbee and catch and toss game all packed into a carry along bag.  The Parents’ Choice Fun Stuff Award was created to identify value priced age-appropriate products that may not be educational, but are well produced and fun.

Have some cool news to share, or an interesting product to highlight? Just contact me at writesonit@optonline.net.