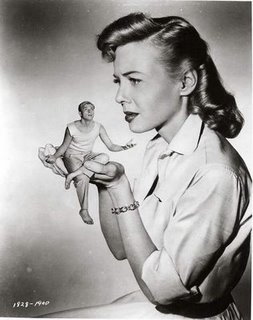 The change in senior executive compensation away from same-store sales; the move to smaller store footprints and the growing emphasis on food items tells me that Wal-Mart is not reacting to a temporary shift in the marketplace due to the lingering effects of the recession but facing up to a major paradigm shift in shopping patterns.

Simply put, shoppers are simply not going to the store as frequently as they used to.  A rising generation of shoppers likes to do their shopping from home (see my blog posting:  "Fewer teens getting drivers licenses; what it might mean for Wal-Mart").  That means that those large store formats are going to come under consistant pressure as fewer shoppers walk through the door.  What can Wal-Mart do; they can downsize.

Keep that in mind as you read the following quote from the New York Times article, “Wal-Mart Frets as U.S. Shoppers Buy Food and Little Else:”

Wal-Mart said it would continue with its expansion plans in the United States, particularly with smaller stores. Its grocery-only stores, which are called Neighborhood Markets and are about one-third the size of a typical Wal-Mart, performed well in the quarter. There, same-store sales were up 4 percent as visits by customers rose. Wal-Mart said that because of those results, it would open another 30 to 40 Neighborhood Markets this year.

The company will also open 15 to 20 Wal-Mart Express stores by the end of the year in urban and rural areas. At about 15,000 square feet, they will sell groceries “along with key general merchandise categories.

Making it even more challenging for Wal-Mart is that that part of the demographic that does elect to shop at brick and mortar stores are lower income shoppers who do not have computers.  That combination of fewer, less affluent shopprs means that Wal-Mart is in for a long term struggle with same-store sales.